We went to middle-of-nowhere New Mexico to find out 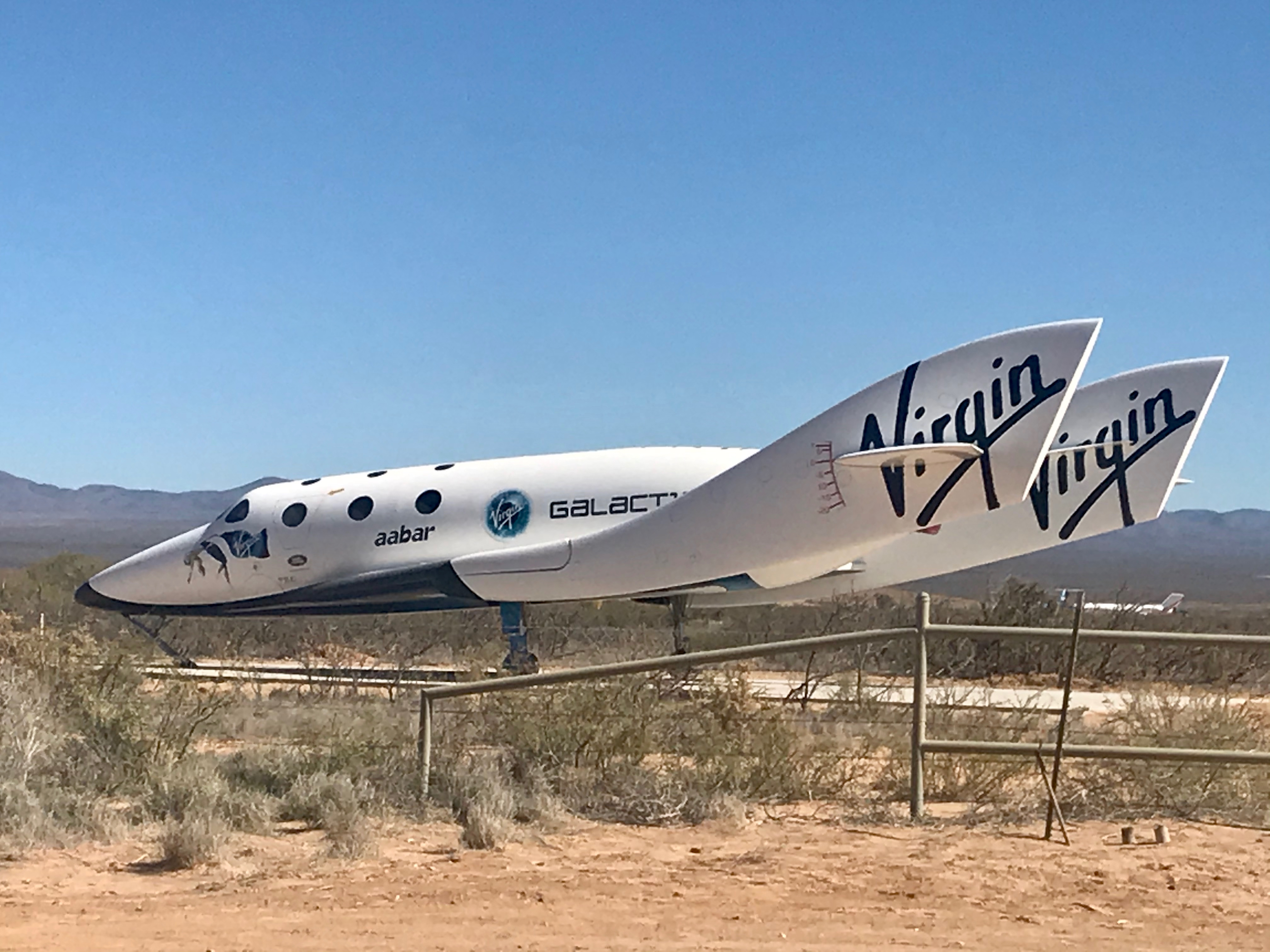 There’s a lot of nothing in New Mexico. As one of the least populated states in America, the arid landscape offers countless miles of rock- and scrub-lined highways stretching between sporadic, lonely rest stops. Away from Santa Fe, there doesn’t seem to be a town big enough to change its own future, let alone the future of the world.

Still, if you head about 25 miles south of Truth or Consequences (yes, real town name), you’ll come across a vast stretch of fenced-in concrete and tarmac laid out around a hub of sprawling, modern buildings. You’ve discovered Spaceport America, the country’s first private launch facility for orbital tourism and the operational headquarters for Virgin Galactic. 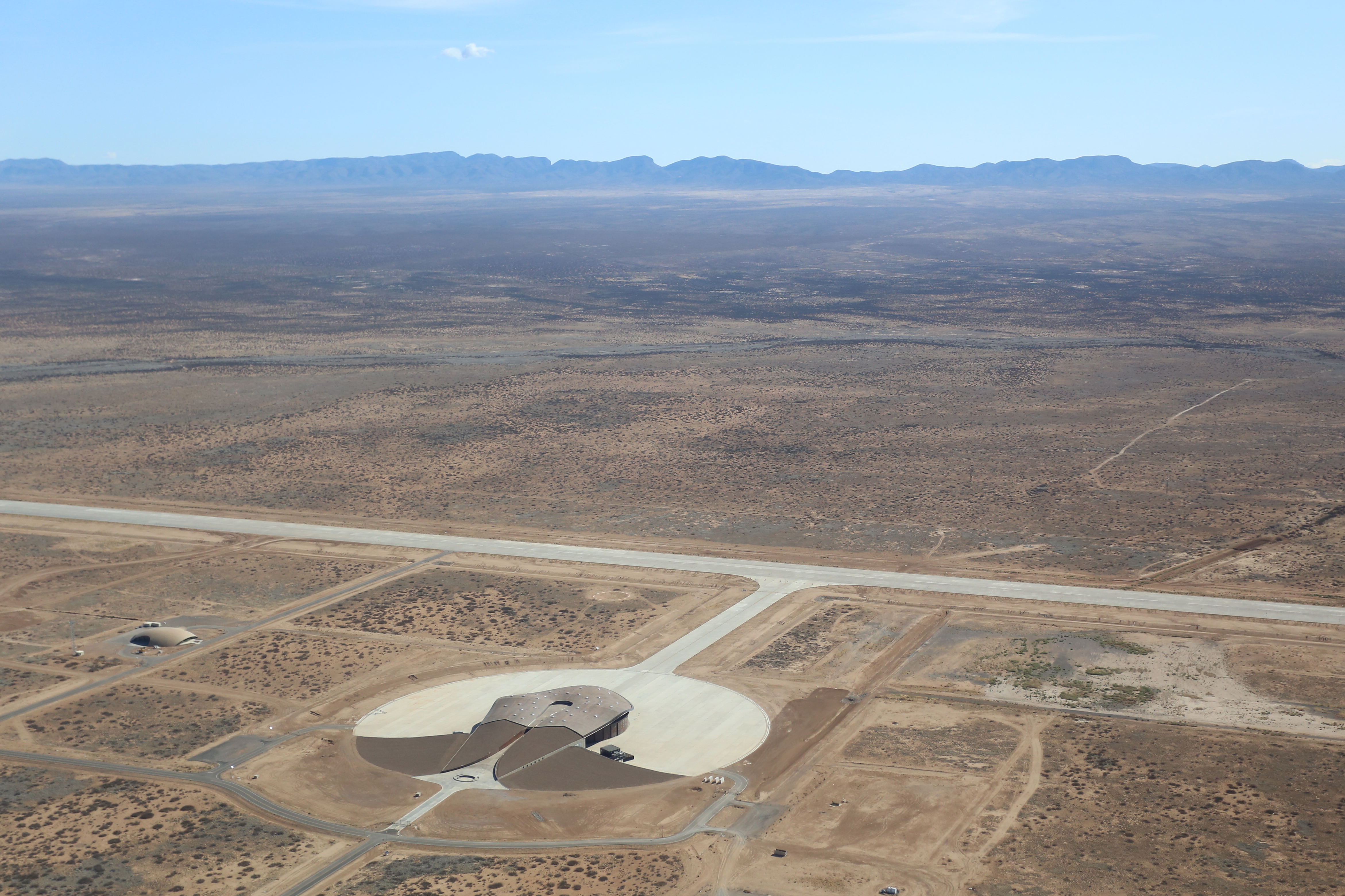 There’s a lot of nothing in New Mexico (John Lewinski)

After years of investment, engineering and construction, the Virgin Galactic space tourism service appears set to send its first customers (and owner Richard Branson) into the stars this year. In the meantime, the company is hard at work building an elite, exclusive community among aspiring astronauts able to pay the $250,000 roundtrip ticket. (The one-way trips seem more popular with cremated customers so far.)

More than 600 would-be Buzz Aldrin(s) paid the $50,000 deposit to snag their seats before Virgin put a hold on sales. They’ll float over the remaining $200K before T-minus-zero takes them skyward.

Clare Pelly, Head of the Virgin Galactic Astronaut Office, is in charge of keeping those 600+ planetary pioneers engaged, organized and entertained as the company completes its final round of test flights over the great American southwest. She says it was Branson’s idea to build this astronaut community to test the waters and see how willing people were to get onboard the space train.

“The response was overwhelming,” Pelly tells InsideHook. “There are more than 60 nations represented, led by the U.S., the UK, Australia, Canada and Russia. Many of the customers never thought they’d have the chance to fly into space, and they get that opportunity through us.”

“Then, there are the people who have done everything. They’ve climbed Everest. They’ve been pole to pole, and this is just the ultimate addition to their bucket list.”

After making test flights for the last five years, Virgin Galactic recently completed the most advanced version of its Space Plane. Resembling a mix of a Gulfstream jet and a trimmed-down space shuttle, the craft will carry six tourists per flight above the atmosphere. Those happy few will experience total weightlessness and view the globe from above as the craft turns over to allow a full view through the roof viewing port.

The eventual plan is to fire up a new flight daily as long as demand maintains escape velocity. There’s no official word yet if such a successful, ongoing and regular service will generate enough revenue to bring that 250-large down a tick or two.

For now, Virgin Galactic is prepping for about 100 flights to get its current eager ticket holders off the ground. It’s the job of Beth Moses, Chief Astronaut Instructor, to get all of those passengers educated, trained and prepped for short term space travel.

“The process starts several months before the passengers’ flight,” Moses says. “Leading right up to your flight, you would travel to New Mexico for a week. Sunday, we’d do final fittings on your Under Armour space suit. Monday, Tuesday, Wednesday would be solid training days, with your flight coming that week.”

Six months before all of that begins in the desert, Pelly’s Astronaut Office steps in to get your suit measurements and other physical details for your bespoke seat, to research your expectations and goals for your flight and to introduce you to the larger space-tourist community.

Training falls to Moses, as a former NASA Assembly Manager and the first woman to reach space on a commercial flight. She’s been directly involved in the design and engineering of the passenger experience from early in the Virgin Galactic story — serving as the Cabin Test Lead.

As the engineers produce each new version of the Space Plane, she works with the evaluating and development program to make sure this expensive journey to the stars offers up maximum comfort and safety. A glimpse inside that cabin reveals seats for two pilots and six tourists. Those six guest spots offer a clear view to the left and right, as well as overhead — the ship’s “sunroof” will get you closer to said sun than the roof of any hatchback will. The entire “space” stretch of the journey lasts less than 15 minutes, with the total flight time stretching just over an hour.

“During takeoff and into the flight, the experience is very much like standard air travel,” Moses claims. “But, when in space, you get to unbuckle and float around and have fun. From the customer perspective, that difference is huge.”

Once in that made-to-order seat, every passenger’s successful adventure is in the hands of David Mackay, Virgin Galactic’s Chief Pilot. A veteran of the Royal Air Force and a longtime captain in the more atmosphere-bound Virgin Atlantic fleet, Mackay served as a test pilot for world famous aircraft like the Harrier jump-jet before receiving the Air Force Cross in 1992.

“We go officially into space — about 50 miles above the Earth, the NASA-accepted definition,” Mackay explains. “The challenge of this flight is that, while the plane is still in the atmosphere, it flies as a regular aircraft would. Once it leaves the atmosphere, you’re on a ballistic flight path. That’s predetermined by the way you leave the atmosphere.”

The Scotsman commands a team of six space pilots — all of whom serve as test crew during the Virgin Galactic development stages. During his successful first complete test flight, Mackay became the first Scot in space.

A propeller-powered mothership carries the Space Plane up to a cruising altitude above Spaceport America before Mackay’s craft detaches and activates its onboard booster rocket. While a controlled burn tears through enough fuel to get the craft out of the atmosphere’s upper levels. Mackay positions the vehicle for the passengers’ experience of zero gravity and the best possible views.

“We can’t change the flight path of the vehicle, but you can change the vehicle’s attitude. We can orientate it to optimize the flight path. We believe the best option is to invert the vehicle at apogee. We also reenter the atmosphere in an inverted position, so passengers get a chance to see the Earth rushing back toward them.” 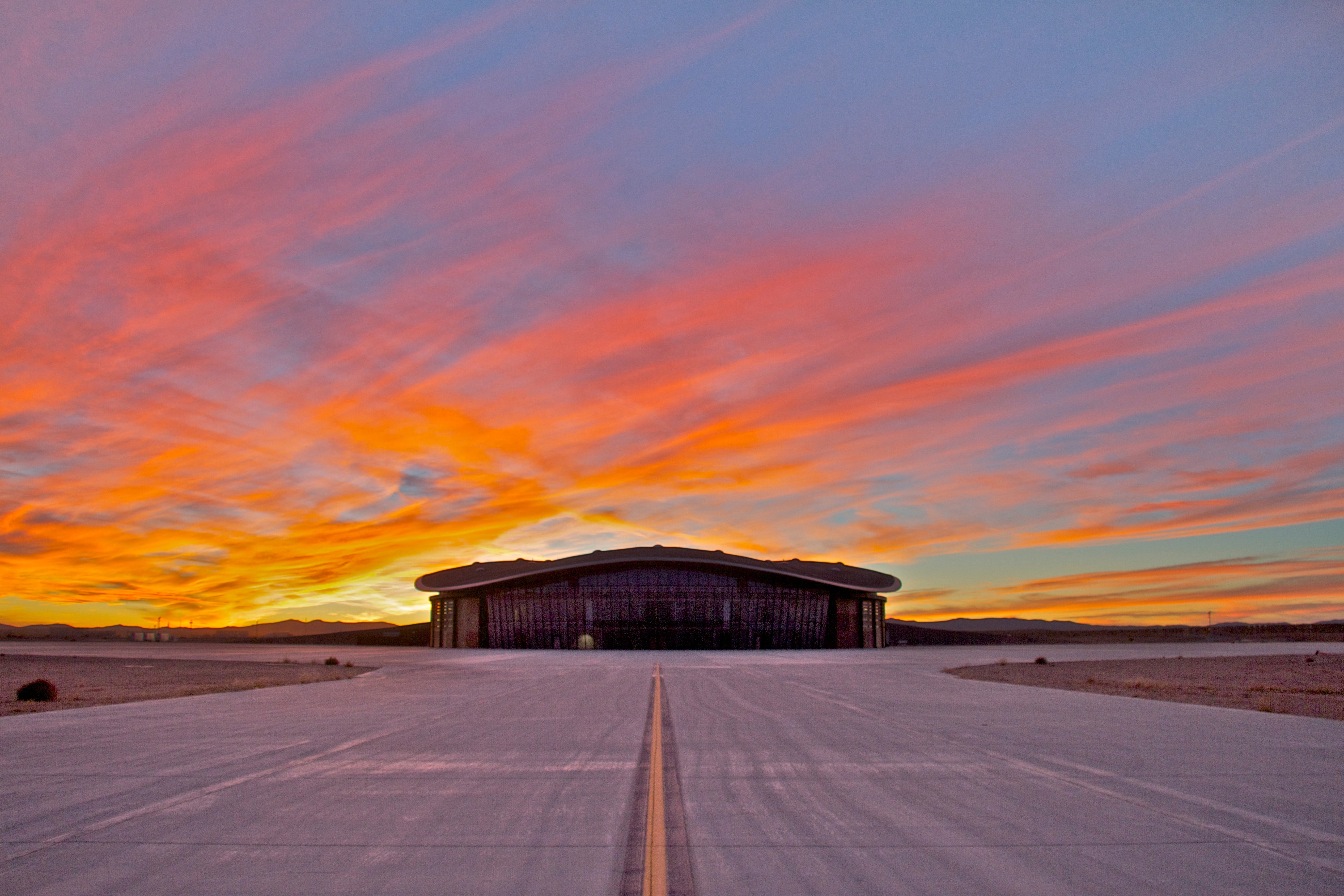 After the space plane escaped the surly bonds of Earth long enough to give its passengers a taste of the void, it’s up to Mackay to get all souls on board back to the dirt. He describes the ship behaving like a badminton birdie at this point, adjusting its tail into a feather position to stabilize its descent.

At this point, the space plane will have burned out its rocket engine (its only onboard propellent) several minutes ago. Once out of its shuttlecock formation, the aircraft becomes “dead stick,” gliding outside the bounds of terminal velocity thanks to physics and Mackay’s piloting skills. The only thing left after that is touchdown, along an extensive runway back in the New Mexico desert.

Virgin Atlantic just completed construction of its third space plane vehicle, certifying it “weight on wheels,” or able to hold its total structural integrity. Within the coming year, the world will learn if a space tourism effort can maintain its own “weight on wheels” by sending civilian space travelers skyward every single day.