What if John Glenn had Died in Space? 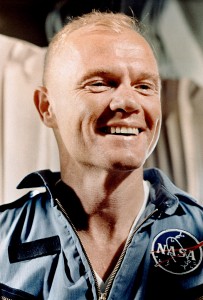 A healthy John Glenn after landing. NASA. When NASA launched John Glenn on its first ever orbital mission in 1962, there was a pretty realistic chance that he was going to die. Not because the agency was taking an unnecessary risk. It wasn’t; every element of the flight was tested and proven to a point where everyone, Glenn included, was confident. But still, it was the early 1960s and rockets had a nasty habit of blowing up. With that in mind, a memo reached Vice President Lyndon Baines Johnson on January 16, 1962. It was from O. B. Lloyd, director of NASA’s Office of Public Information, and it outlined exactly what would happen if Glenn was killed on his Friendship 7 mission. In considering what might happen to Glenn that would force a statement from NASA and the White House, death was top of the list. The rocket could explode on the pad, some catastrophic failure could stop Glenn from reaching orbit, the reentry system could fail leaving Glenn orbiting the Earth in a capsule-shaped coffin, the spacecraft could break up during reentry, he could drown after splashdown. just about every phase of the flight was deemed potentially catastrophic. NASA didn’t expect anything to go wrong, but all the same, Lloyd (rightly) predicted that the loss of an astronaut on the first orbital mission “likely provoke enormous public reaction critical of the entire United States manned space effort,” especially since it would be coming on the heels of two successful Soviet missions. So he prepared the people who would be called on to console the nation. The White House would make the first move, contacting Mrs. Annie Glenn by phone or messenger with personal condolences. At the same time, the President’s office would release a statement along the lines of: “To Mrs. Glenn and members of the Glenn family go my deepest sympathy. It was my pleasure to have known John Glenn. This nation and the entire world share his loss with the Glenn family. Space scientists will revere his pioneering spirit forever.” 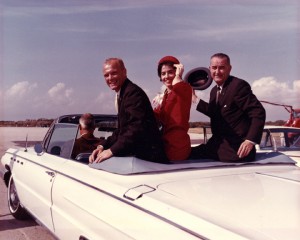 John Glenn, Annie Glenn, and Vice President Lyndon B. Johnson arrive at Cape Canaveral after riding in a parade through Cocoa Beach, Florida, celebrating Glenn’s Friendship 7 space flight, February 23, 1962. NASA Then the Vice President would then release a similar statement: “The death of John Glenn is a profound and personal loss to me and to every American. His gallant effort to advance man’s knowledge of the space that surrounds out earth should never be forgotten. I would propose that the government establish a permanent scholarship in his name for promising space science students to advance the cause for which he gave his life. My deep and everlasting sympathy is with his family and I hope someday they will find solace and comfort in the thought that he died for a great cause and in a spirit of high purpose.” Next, it would be NASA’s turn to speak. The office of the Administrator would go next with its statement. “All of NASA’s employees join me in extending sincere sympathy to the Glenn family. With his distinguished pilot background, John Glenn knew — as only pilots can – that no flight system can be 100 percent safe. With heartfelt dedication and renewed vigor, we in NASA will press on with experiments to extend man’s capacity to fly and acquire scientific data for the benefit of all mankind.” Finally, it would be the Mercury project director’s turn to speak, or at least someone from the Manned Spacecraft Centre. “We in the NASA Manned Spacecraft Centre feel the loss of John Glenn very personally. The other astronaut project people and I have known and worked with John day in and day out for three years. I have already expressed our feelings to Mrs. Glenn in a phone call that I had prayed I would never have to make. I realize, after 30 years in the flight development field, that such accidents — while not Inevitable — do happen. Advanced test pilot work is, by its very nature, hazardous. We will isolate the cause of this accident and do our best to see that it doe does not occur in future flights.” 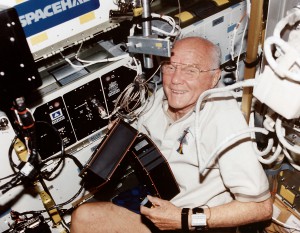 John Glenn on his second mission in 1998. NASA. The inevitable press conference would be held at the Cape, but all data — telemetry and voice transmissions — impounded while NASA conducted its own investigation into the incident. If something went wrong but Glenn survived, it would be up to the NASA personnel only to make a statement, as well as any individuals best equipped to comment on the mission. In the end, happily, no one needed to read their prepared “Dead Glenn” statements. The flight wasn’t perfect. An erroneous warning light suggested his landing bag had deployed in orbit, which meant that the heat shield would no longer be securely fastened to the spacecraft. If this was the case, he risked burning up on reentry, so NASA had him keep his retrorocket pack on hoping that the straps would secure the heat shield. But the reentry was fine and Glenn landed unscathed. There were only congratulatory messages coming from the White House along with ticker tape parades nationwide. Source: “MA-6 Contingencies” O. B. Lloyd to the Administrator, Deputy Administrator, Associate Administrator. January 16, 1962. Vice Presidential Aide’s Files of George Reedy, box 12. LBJ Library, Austin, TX.