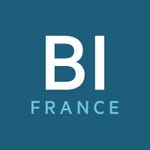 It was already known that Virgin Galactic was planning to send its first customers to space by June 2020 but, according to a document published by the United States Securities and Exchange Commission, Richard Branson’s spaceflight company is planning to go one step further.

As part of an $800 million fundraising campaign, the British entrepreneur wants to send groups into space every 32 hours by 2023.

Selling tickets at $250,000 each, Virgin Galactic is now competing with Jeff Bezos’ Blue Origin as well as Elon Musk’s SpaceX to transport tourists to space — with Blue Origin listing trips to space at $200,000 per ticket.

VSS Unity — also known as SpaceShipTwo — will, over the course of a 90-minute flight, offer a few minutes of weightlessness to six passengers at a time, as well as views of the curvature of the Earth — the vessel should reach an altitude of around 100 kilometers.

According to the document, the company plans to start with 16 flights a year in 2020, then to increase this to 270 flights a year by 2023, when it will have its entire fleet of five vessels — which works out to around one flight every 32 hours.

Within four years, it will eventually have the capacity to transport 1,565 people on a year-round basis.

The shuttle will be flown by the WhiteKnightTwo jet aircraft.

Over 600 people have already booked a place as a space tourist, including actor Ashton Kutcher, allowing Virgin Galactic to raise combined deposits of $80 million.

Virgin Galactic estimates that revenues from these commercial flights are expected to increase from $31 million next year to $570 million by 2023, according to Parabolic Arc, but these forecasts should be treated with caution.

After 15 years of development, Virgin Galatic’s private space program has experienced a number of setbacks, with Branson having alluded to launch dates and missing them.

In 2014, the SpaceShipTwo crashed on a test flight, leading to the co-pilot’s death as well as serious injuries to the pilot.

Across his three space companies, Virgin Galactic, The Spaceship Company, and Virgin Orbit, Branson is thought to have spent between $1 billion and $1.3 billion — for comparison, Jeff Bezos has spent roughly the same amount per year.

Richard Branson and Jeff Bezos are part of a group of tech leaders who are currently spending billions on the space tourism adventure, without any definite guarantee the venture will make money in the long term.

Virgin Galactic is burning through around $16 million a month, according to Parabolic Arc — that works out to roughly $190 million a year.

SpaceX has already seen years of profitability thanks to contracts it’s been awarded by NASA.

For this reason, Virgin Galactic is expected to be listed on the stock exchange by the end of 2019 as part of an agreement with a special purpose acquisition company (SPAC), set up by venture capital firms Social Capital Hedosophia.

Branson told CNBC that he was preparing to go into space with Virgin Galactic and that he was undergoing special astronaut and fitness training in a centrifuge to be physically ready for the journey.