Sir Richard Branson has moved his rocket plane from its development base in California to what will be its operational centre in New Mexico.

The transfer of the Unity vehicle and its mothership, Eve, to the Spaceport America complex signals the start of final testing.

More than 600 individuals have paid deposits to ride Unity to over 80km.

The trip will enable them to experience a few minutes of weightlessness around the top of the rocket ship’s climb. 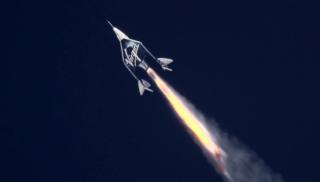 Image copyright MarsScientific.com & Trumbull Studios Image caption Unity powers to around 90km above the surface of the Earth

Already almost 100 Virgin Galactic staff have moved to the southern New Mexico spaceport to prepare it – and themselves – for operations. 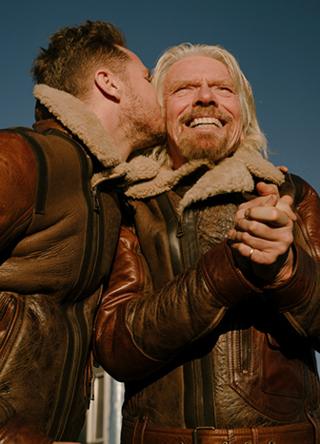 Image copyright Virgin Galactic 2018 Image caption Ultimately, Sir Richard himself will take a trip to the edge of space

Unity will now perform a series of test flights above the desert.

Some of these will see it dropped from altitude to simply glide back to the runway. Others will involve firing its rocket motor to power skyward.

Ultimately, Sir Richard himself will get aboard for a trip to the edge of space.

Virgin Galactic CEO George Whitesides described the move to New Mexico as a “huge moment” for the company.

“It’s the culmination of a tonne of work by a lot of people to prepare the way to get the spaceport ready, to get the ships ready,” he said.

“And it really positions us in an exciting way to move through the final phase of our test-flight programme.”

Unity will open the commercial spaceflight service, but two more rocket planes are in production in California and will also move to Spaceport America when they are compete.

Sir Richard’s other space project – a satellite-carrying rocket launched from under the wing of a repurposed Virgin Atlantic jumbo – is also close to entering service.

The satellite launcher concept was once part of the Galactic business but was then hived off into its own concern called Virgin Orbit.

The UK government is hopeful Sir Richard will want to operate his space companies in his home country at some point, in addition to the US.

Newquay Airport in Cornwall has been proposed as a British operational hub. 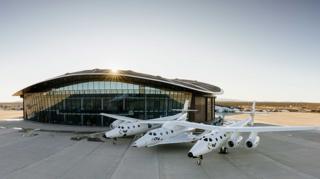