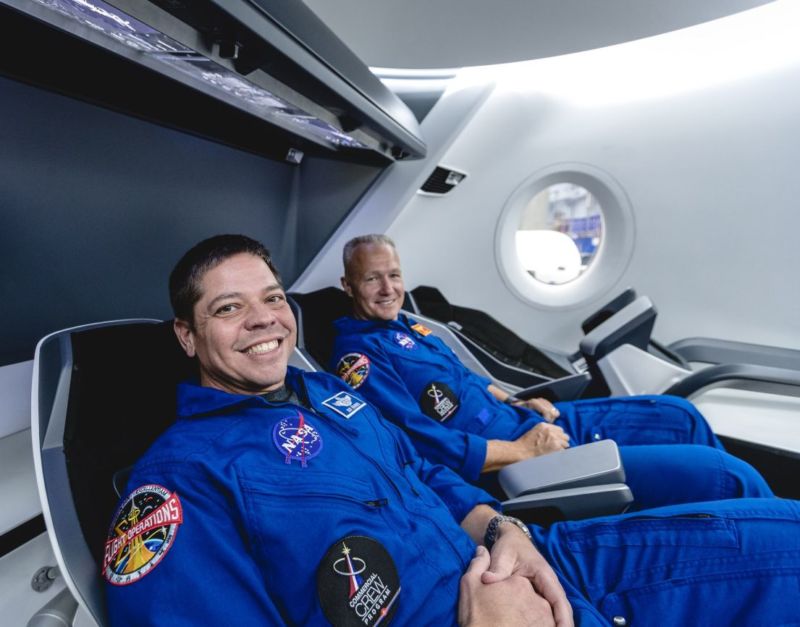 The year 2018 saw some great moments in spaceflight, such as the dazzling launch of the Falcon Heavy rocket in February and the flight of Virgin Galactic’s VSS Unity spacecraft to 82km above the Earth’s surface. But in many ways, 2018 was a developmental year for what could be some amazing spaceflight achievements in 2019.

So with the dawn of a new year, we’re looking ahead to what may come in 2019 for those eagerly waiting as the government and private spaceflight push back against the final frontier.

Rocket Lab took huge strides in 2018 by launching its Electron booster three times, including twice in the last two months. The company has targeted a dozen launches in 2019 with its rocket, optimized for boosting small satellites and CubeSats into low-Earth orbit. Given its progression last year, it is difficult to bet against Rocket Lab at least coming close to that target.

Rocket Lab’s success likely leaves room for perhaps two more dedicated small satellite launch vehicles, and there are literally dozens of companies seeking to acquire a piece of this commercial, civil space, and national security market. Among the front-runners heading into the new year are Virgin Orbit, which has conducted captive-carry tests of its air-launched rocket; Vector Launch; and Firefly, which aims to launch its first Alpha rocket before the end of 2019.

Seeing how these companies, and others operating in stealth mode, perform in 2019 will be one of the most compelling stories of the year. After years of development, it’s a make-or-break year for a lot of the budding small-satellite launch industry.

This is probably the year that NASA’s commercial crew program finally gets off the ground. Originally, the agency targeted 2015 for the launch of private spacecraft built by Boeing and SpaceX to the International Space Station, but chronic underfunding by Congress hampered development. Since 2017, however, the delays have resulted from a combination of technical challenges, over-optimistic schedules, and a somewhat cumbersome government review program.

However, steady work by engineers at the companies and NASA appear to have pushed through the technical challenges and paperwork issues, and now we’re getting closer to flight. SpaceX appears to be first up, with the possible launch of a demonstration of its Dragon spacecraft later this month. If this test flight goes well, a launch carrying astronauts Doug Hurley and Robert Behnken could follow as early as July or August this year.

Boeing, too, is closing in on its test flight and probably will also launch a human crew later this year. As of July 2019, it will have been eight years since the space shuttle retired. Since that time, NASA has relied on Russia and its Soyuz spacecraft to get humans into space, so launching humans into orbit from Florida this year will be a big deal.

As noted above, Virgin Galactic reached space in December (although the definition of space varies). With this milestone flight, the company appears on track to begin flying customers at some point in 2019, which would make it the first firm to offer suborbital space tourism rides to paying customers.

However, Virgin may soon be followed by Blue Origin later this year. The company delayed an uncrewed test flight from December into this month, but officials say it is still on track to begin flying “test passengers” in 2019, although it is not clear when commercial flights will follow. Blue Origin’s launch system will take passengers above 100km, so there will be no debate about whether customers will “reach space.”

In any case, after more than a decade of promises, this probably will be the year that space tourism really begins to take off.

The New Horizons mission got the new year off to a bang with the successful flyby of Ultima Thule, a distant object in the Solar System. This flyby will yield a trove of data about the mysterious, peanut-shaped rock over the year as it trickles back in from the spacecraft. This, truly, represents the exploration of undiscovered country.

On Mars, NASA’s InSight lander has made steady progress since landing in November. Soon, InSight will deploy its heat probe, and six days later the lander will begin hammering its probe five meters down below the surface of Mars. Finally, by March 2, all of the lander’s instruments will reach their science-taking configurations, and we should be treated to some real Martian geology.

Closer to home, China’s Chang’e-4 spacecraft will very soon attempt a landing on the far side of the Moon. This mission should provide scientists (to the extent China releases data) with their best-ever window into the lunar surface on the relatively unexplored far side of the Moon in 2019.

Over the Christmas and New Year’s holidays, SpaceX founder Elon Musk tweeted a number of details about the design of the Starship vehicle that SpaceX is developing to fly on top of its “Super Heavy” rocket. Among the details Musk shared is that the company has gone with a stainless steel material for its Starship vehicle because of its optimal strength-to-weight ratio.

Musk also said the company is moving “hopper” test flights of the Starship vehicle forward, possibly into the second quarter of 2019. After some tests, Musk said he would reveal more technical details about the new vehicle.

Any test flights of Starship would be significant, as it seems that SpaceX must demonstrate some hardware before investors (and possibly government customers) step forward with funds needed to bring the Starship and its large rocket to completion. One of the big questions of 2019 is whether additional customers emerge for this ambitious spacecraft and launch system.