The best space games on PC 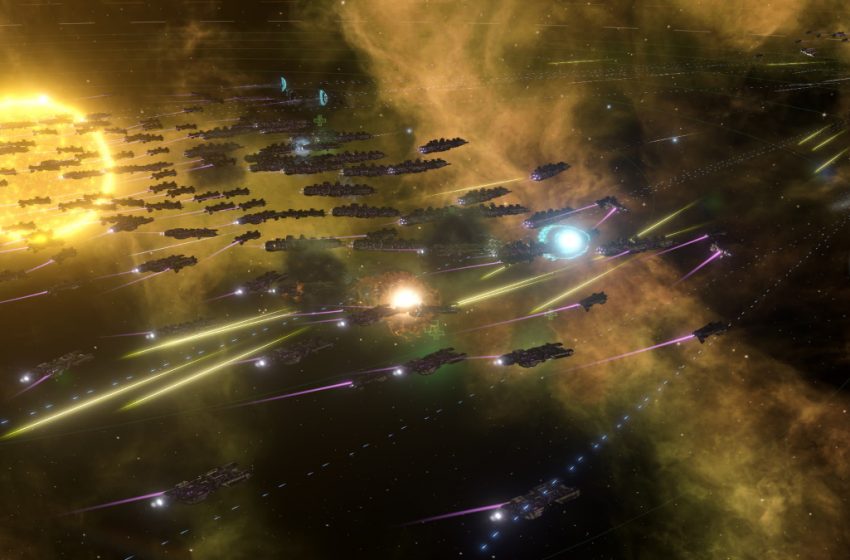 There’s plenty to do in space, and video games provide the perfect outlet to potentially exploring the extensive unknown. There are a variety of different space games you can dive into, and PC players have the chance to roam the stars playing through an epic story, exploring it with friends, or try to lift off the ground to create a space program. You have options, but these are some of the best options available to you if you have a PC.

Teaser trailer for the new 0.16 release of Kerbal Space Program. Prepare to meet the Kerbals with all new in-game features. Available on http://www.kerbalspa…

Have you always wanted to run a space program? You can do it in Kerbal Space Program, where you take charge behind the space initiative of the Kerbal aliens as they attempt to launch into space. You have to work your way up to creating a rocket, operating it, and ensuring your Kerbal services the departure, eventually returning them home from their exciting journey. There’s much more you can do in the game, such as roaming the wastelands of strange planets, engineer space stations, utilize satellites, and much more.

EVE Online: Invasion has started! The exciting and free new expansion brings the fearsome Triglavians to known space for the first time. Fight for your terri…

Work your way up through EVE Online in a massive online game where players have strict economies, massive wars between guilds, and numerous professions and activities available to them. EVE Online is a massive game that could take your months to find a decent amount of materials to begin making a difference, and even then, you could encounter a powerful NPC or player who blows you out of the sky. You certainly want to pick this game up if you have friends already flying around in it.

This sandbox space experience plays you in the perspective of an Astroneer. They are daring adventurers who set out to explore strange, unknown worlds to discover what mysteries they contain. You need to use the tools available to you to solve puzzles, build bases to sustain you, and bring them all together using the resources you discover on one of the seven worlds. You can bring your friends with you to help you out. When you’re an Astroneer, you need to rely on your creativity to see you through to the end of the day, so remember to stay creative with your buildings.

No Man’s Sky BEYOND Launch Trailer

More Info: https://www.nomanssky.com/2019/08/no-mans-sky-beyond-trailer/ Our biggest update yet. No Man’s Sky BEYOND arrives on August 14. Featuring enhanced…

For those looking for a more relaxing space adventure, No Man’s Sky features a laid back experience to collecting resources on aliens worlds and using them to craft bases all over the galaxy. You can explore the game with friends or run around by yourself, crafting and maintaining a small base, creating it to fit your ideal environment. You can partake in missions by NPCs, trade with them, and enhance your character as you explore the galaxy learning about new alien creatures and unique flora. Every planet will have something new for you to find.

A space-faring Roguelike adventure. Subscribe to IGN’s channel for reviews, news, and all things gaming: http://www.youtube.com/subscription_center?add_user=…

In FTL: Faster Than Light, you’re on the run from large fleet out to capture your spacecraft because it carries critical information for your faction. You need to make it to the other side of the galaxy before the fleet catches up with you. Along the way, you can encounter several different events where you have to save citizens from pirates, risk your life to protect space stations, and even gain new crew members for performing heroics or keeping them from a life of slavery. The more times you play, the more starships and characters you unlock to have a new experience in each game. FTL focuses on you controlling your crew members from an over the top perspective to control and direct them around the ship.

https://pdxint.at/2W0RNkp – Stellaris will be free to try on Steam from May 9 to May 12. With constant updates since its launch in 2016, today’s Stellaris is…

If you want to control a civilization that has taken their first steps into the galaxy, Stalleris is an excellent game to satisfy your real-time strategy game itch. You need to expand your territory, manage your resources, colonize unknown planets, and interact with other civilizations. War is inevitable for almost anyone, so you need to prepare for adequately negotiating with all types of civilizations you encounter. As time goes on, you may even witness how your civilization changes with introducing robots or aliens into their culture, or how their politics vary based on how the population grows in the expansive galaxy.

This article includes affiliate links, which may provide small compensation to Gamepur.