The best sci-fi Android games for a space adventure 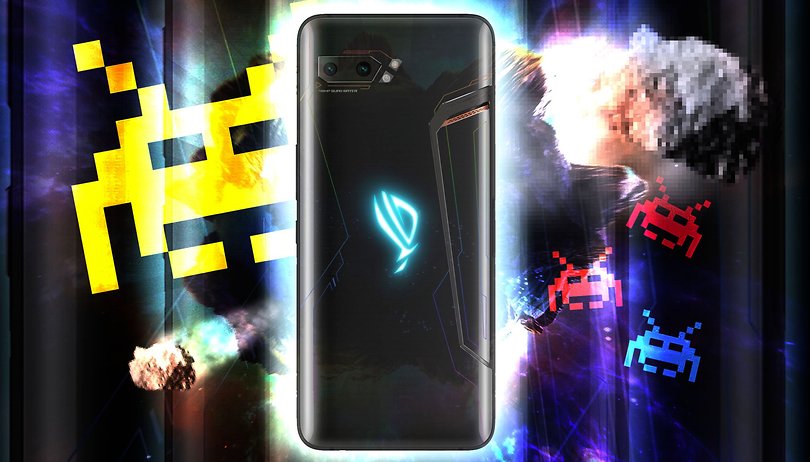 Space has always been a fascinating place, an infinite and majestic expanse that extends far beyond our visual capacity. It is the subject of scientific analysis, philosophical discussions, narrative works but also the scenario of many video games animated by spaceships with laser guns, alien populations ready to invade the earth and unexplored galaxies all to be discovered. The Play Store also offers plenty of space-based games, from strategy games to clandestine galaxy races, and in this article we show you the best!

Galaxy on Fire 2HD: an adventure among the galaxies

One of the best space games on the Google Play Store is Galaxy On Fire 2! It’s a high-definition title that will take you into space through immersive three-dimensional graphics in search of the pirates to defeat. The default game mode provides a virtual joystick, with which you can rotate the direction of your ship, a button dedicated to acceleration and a button to launch missiles.

Initially, this view can create some confusion and you will have to get used to the idea of selecting the down arrow to go up and vice versa, but you can always change mode and use the accelerometer of the device and rotate it physically to give the right direction to the pilot. It’s an exciting galactic war during which you’ll be accompanied by a fast-paced soundtrack that will give you the right boost.

Green the planet: give new life to an extinct planet

How the hell do you play? This will be the first question that will flash in your brain when you open Green the Planet, a pixelated space adventure available for free on the Google Play Store. The aim of the game is to grow grass on a lifeless planet by collecting and transforming the energy of comets with a decomposer, making strange objects rain from asteroids flying over the planet and building more and more tools to accelerate the process.

The game is absurd but for some strange reason manages to capture my attention: it might be the graphics of the 90s or the hypnotic music, or the fact that it is one of the most original space video games for Android on the entire Play Store.

Star Wars: Commander: choose which side to stand on

Among the best games dedicated to adventures in space, we couldn’t help but include one inspired by Star Wars, with an original soundtrack. It is a strategy game in which you will have to build, turret after turret and boundary wall after boundary wall, your base camp and make it as safe as possible in preparation for sudden enemy attacks. A sort of Clash of Clans inspired by Star Wars.

Choose whether to stand on the side of the empire or the rebels, train your troops, defend your strategically built base and fight on different planets of the universe, all thanks to coins and building materials accumulated during the adventure. An initial tutorial will guide you step by step through the first levels of the game!

Another space adventure with retro graphics that you can’t miss is Star Trek Trexels II. In this game, you’ll push yourself towards an unexplored galaxy that once belonged to the mysterious and now extinct race of the Progenitors. You will be in charge of the ship and manage every aspect of it, from the choice of rooms to build inside it to the careful selection of personnel, up to deciding the route of each individual space expedition.

It’s a game that requires concentration and good knowledge and planning to work out what to expect from each mission. More than an action game, it’s a logic and strategy game that will make you spend hours glued to the display.

You can download Star Trek Trexels II from the Play Store.

A futuristic anti-gravity racing video game couldn’t be missing from our range of sci-fi video games. For all those who spent their childhood playing Wipeout, this title cannot be missed. No great driving skills are required, but the desire to compete at full speed and to annihilate opponents with rocket attacks is key.

This title offers three game modes, Career, Chase and Survival and more than 40 different tracks on which to speed as much as you can with your spaceships modified at will. To fly the aircraft you just have to select the arrows on the sides of the display and use the virtual buttons to release missiles, put the turbo or activate the shield to protect you from enemy attacks. Will you be able to go beyond level 4? 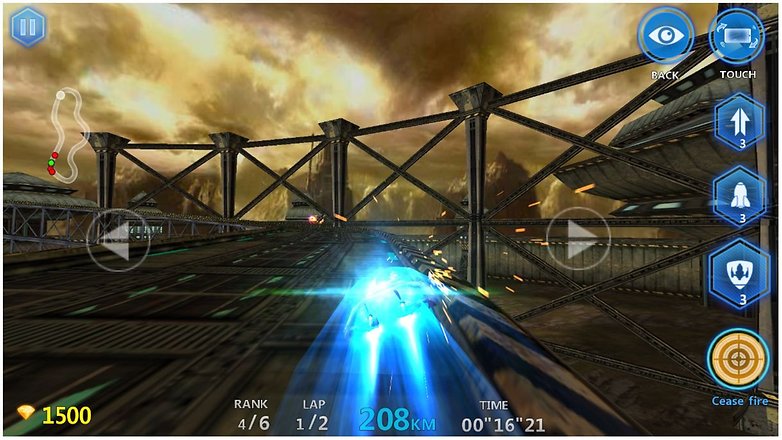 This game is also set in space and features superheroes and villains from Marvel. What you have to do is take part in the great cosmic battle by creating a winning team to get the title of Champion of the Marvel Champions!

MARVEL Challenge of Champions is an excellent fighting game where you can test your strategic and management skills. Putting together the winning team and improving your champions won’t be hard! Get ready to explore new mission maps and gain relationship-based synergy bonuses. A true Marvel-style adventure awaits you in space!

You can download MARVEL Challenge of Champions from the Play Store.

I left this game for last because I think it’s the most space-based game on the list. Avicii Galaxy stands out from the crowd because it offers a game set in a three-dimensional and minimalist space and offers intuitive gameplay. In the game you will command a spaceship, or a simple arrow depending on the points you have obtained, through a triangular space in 3D and you will have to try to take the arrows of the right color, shown on the right side of the display and avoid those you do not like, all with a simple swipe to the right or left.

The further you go, the more obstacles you encounter along the way, but a must-see soundtrack inspired by Avicii’s True single will guide you and give you the right rhythm. A game that will train your reflexes and keep you glued to the display.

Do you know any better sci-fi games? What are you waiting for? Share them in the comments!