The Escapist loves to play any game that lets you say things like “Stay on target!” and “We’re too close.”

Piloting a spacecraft through the nether between worlds is a fantasy for so many of us. The thrill of watching Luke Skywalker’s X-Wing swerve and dive during the Death Star run in the first Star Wars is probably a big reason why games like Elite and Wing Commander were produced. The genre of space combat sims enjoyed a decade of excellence in the 1990s as the graphics and processing power of gaming PCs matched the fidelity of movement our imaginations demanded. But after a few commercials duds, and that ill-advised Wing Commander movie, we saw a dearth of space combat games in the new millennium.

That’s all about to change. The emergence of Kickstarter as a viable funding method for video games, and resurgence in sci-fi fandom with reboots of Battlestar Galactica, Star Trek and Star Wars all out or coming soon, has a slew of space combat sims in production. We’re super excited about Elite: Dangerous and Star Citizen, not to mention smaller offerings like No Man’s Sky and EVE: Valkyrie.

In honor of the new horizon for the genre, we at The Escapist found ourselves reminiscing about the space combat sims that have come before. That discussion led to arguments over which ones were better than the others, which then of course led to a whole bunch of laser dogfights as we duked it out. In the end, we decided to put our rants into article form for the sake of science.

Without further ado, here are The Escapist‘s Best 15 Space Combat Sims of All-Time in reverse order. 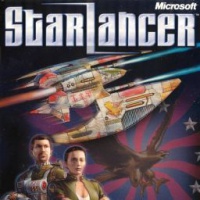 Paul Goodman says: The predecessor to Chris Roberts’ Freelancer, Starlancer where the international The Alliance is caught in a desperate war with the brutal Coalition. Donning a flight suit, you take on the role of a rookie pilot in the 45th Volunteers Squadron, and with any luck, your brave efforts could help turn the tide of the war in the Alliance’s favor.

If there’s one thing I remember about this game, it was that it was freaking hard. Enemy ships could take a severe beating, and escort missions were a nightmare if you didn’t take out hostile torpedo bombers fast enough. How well you performed during a mission determined your rank, which in turn determined what star fighters or weapons you could use, and if you barely scraped by, you’d often be stuck out-gunned in the later missions. But as tough as it it could be, Starlancer was a solid space-sim with some engaging dogfights. It also does a good job of immersing you in the Alliance/Coalition war, with news reports in between missions and references to characters and other ace pilots you’d meet later on in the story.