Share All sharing options for: SpaceX will launch private citizens into orbit 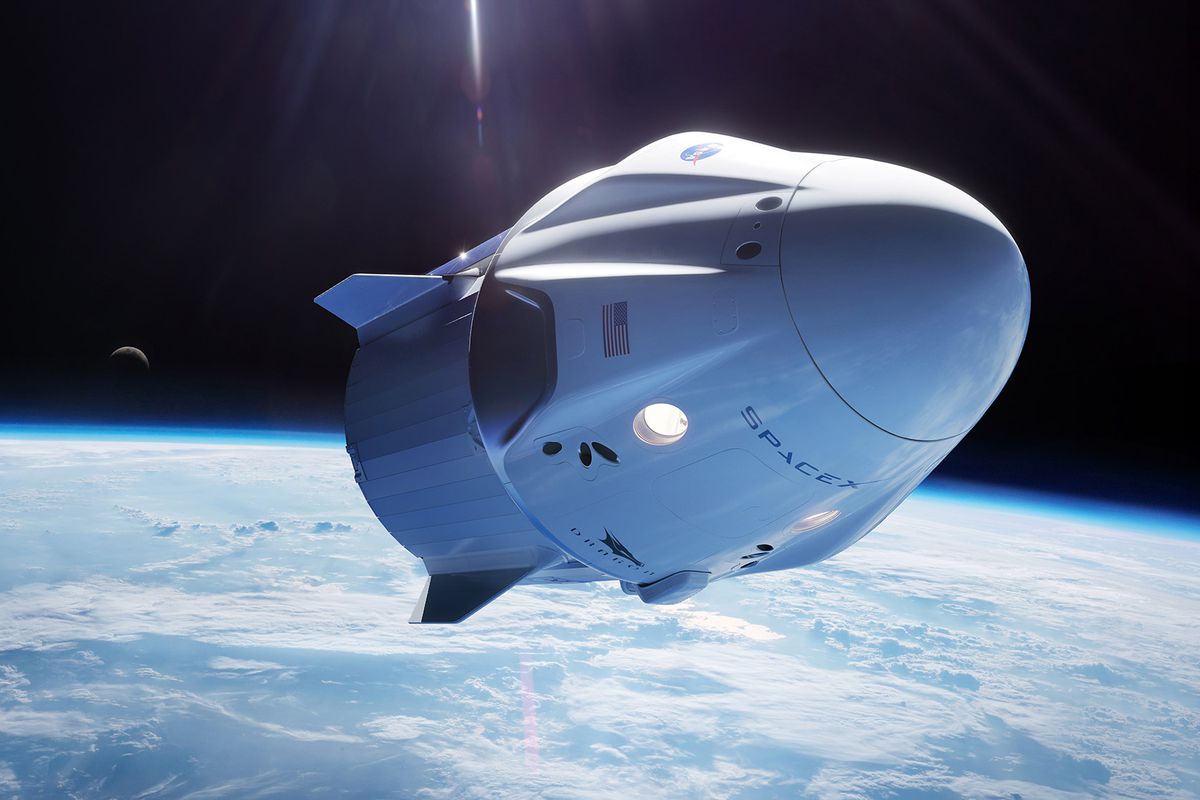 SpaceX is planning to send up to four private citizens into space to take a trip around Earth sometime at the end of 2021 or in early 2022. The spaceflight company announced an agreement on Tuesday with Space Adventures, a space tourism business that has helped seven different private citizens take trips to (and from) the International Space Station aboard Russia’s Soyuz rocket and spacecraft.

Space Adventures said the price of the mission will not be disclosed, and the two companies were light on other details, like what kind of preparation the tourists will have to go through. The companies did say Tuesday that the tourists will fly in the human-rated version of SpaceX’s Dragon spacecraft and that they will orbit Earth at two to three times the roughly 250-mile height of the ISS.

SpaceX has spent the last few years building and testing out this new version of Dragon as part of a contract with NASA to shuttle astronauts to and from the ISS, after years of using the spacecraft to shuttle cargo to the space station. The private spaceflight company recently completed the second major flight test of the Crew Dragon, as it’s called, which demonstrated the capsule’s ability to escape an exploding rocket.

SpaceX CEO Elon Musk has teased the idea of space tourism as a business for a few years now, though he’s been overly optimistic about how soon that could happen. The company announced in early 2017 that it had accepted undisclosed payments from two customers for a trip around the Moon using Crew Dragon and the Falcon Heavy rocket. SpaceX said at the time that the trip would happen by the end of 2018. But in September 2018, the company announced that it now intends to send one of those passengers — Japanese billionaire Yusaku Maezawa — around the Moon using the company’s massive, yet-to-be-built Big Falcon Rocket. (It’s still unclear what happened to the second customer.)

SpaceX has similarly had to delay the first Crew Dragon flight with NASA astronauts as it worked through the process of certifying the spacecraft with NASA. That flight is now supposed to take place later this year.

Other private spaceflight companies are vying to establish the space tourism market. Richard Branson’s Virgin Galactic and Jeff Bezos’ Blue Origin are in the running, though both of those companies are promising far briefer experiences. Virgin Galactic says it plans to send its first space tourists up later this year where they will experience a few minutes of weightlessness in the company’s plane-like spaceship. Blue Origin is promising customers a similar amount of time in space, though in a spacecraft that’s more similar to SpaceX’s Dragon capsule. (Both of those tickets cost in the neighborhood of $200,000 a pop.)

While little is known about the newly-announced flight, SpaceX has detailed the inside of the Crew Dragon spacecraft that will ferry the tourists around the Earth. The capsule’s interior is a minimalist affair, with just a few suspended seats and an array of touchscreens. The spacecraft is ringed with windows, though they’re not as large as the ones Blue Origin built into its own capsule. SpaceX has also shown off sleek, custom-designed spacesuits and helmets that Crew Dragon passengers will wear. The suits are less bulky-looking than past designs, but are still pressurized, cooled, and flame resistant. They come with touchscreen compatible gloves, and will lock into the seats for the ride up to space.

Update February 18th, 11:51AM ET: Added new information in the second paragraph from Space Adventures about cost and orbit height.