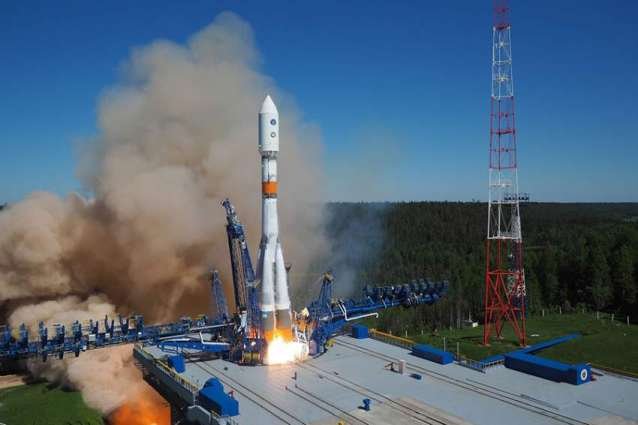 Russia launched a GLONASS-M 758 navigation satellite into orbit on May 27. The satellite became fully operational a month later, on June 22, replacing GLONASS-M 723, “which had exceeded its expected service life by some 50 percent” (Glonass-iac.ru, June 22). With the launch of GLONASS-M 758, Russia now has 27 of these satellites in orbit, of which 24 are operational. (Glonass-iac.ru, June 22). Increasingly, however, the Russian system is raising concerns that Moscow may be using it offensively—to send out purposefully inaccurate data (see below).

Global navigation satellite systems (GNSS) are essentially coordinated networks of atomic clocks in low-earth orbit that are capable of both triangulating precise terrestrial locations as well as coordinating precise timings. They are now widely used around the world for civilian purposes ranging from tracking maritime shipping to providing positioning, navigational, and timing (PNT) data.

The brief August 2008 Russia-Georgia conflict emphasized the Russian military’s need to upgrade and improve Russia’s indigenous GLONASS GNSS, some elements of which dated back to the Soviet era. Not surprisingly, the US military has closely followed the development and deployment of GLONASS from its inception, seeing it as a “dual-use” technology capable of serving both civilian and military purposes, with the Defense Intelligence Agency noting, “Russia views its Global Navigation Satellite System (GLONASS) as supporting its economic development and national security interests” (Defense.gov, February 11).

While GNSSs provide precise data, a rising military concern is that that same system can be used to deliberately send inaccurate information, a practice known as “spoofing.” On March 26, the Washington, DC–based Center for Advanced Defense Studies (C4ADS) released a study examining possible Russian GNSS tampering. Utilizing data gathered by University of Texas equipment aboard the International Space Station, the C4ADS study analyzed more than 9,800 suspected instances since 2016 where fraudulent GNSS signals were apparently broadcast in the Russian Federation, along with similar incidents in Russian conflict zones, including Crimea, Syria and Ukraine. While C4ADS did not formally accuse the Russian government of being behind the “spoofed” signals, it nevertheless concluded, “GNSS attacks are emerging as a viable, disruptive strategic threat” (C4ads.org, March 26).

The North Atlantic Treaty Organization (NATO) suspects that the Russian military has already practiced interfering with NATO satellite signal communications during its exercises. On October 25, 2018, the Alliance began a two-week exercise, Operation Trident Juncture, its largest military maneuvers since the Cold War, involving 50,000 troops, 65 warships and 250 aircraft from 31 member states and partner countries, deployed from the Baltic to Iceland. On November 11, Finland’s Prime Minister Juha Sipilä, during his weekly interview with YLE Radio Suomi, commented on the fact that five days earlier Air Navigation Services Finland (ANS Finland) had issued a “notice to airmen” (NOTAM) due to widespread disturbances in GPS signals in Finnish Lapland. These aberrations were suspected to be caused by Russian interference with the NATO exercise. Sipilä noted, “We are not talking about a small issue, because it has endangered civil aviation safety” (The Helsinki Times, November 12, 2018).

The day after the Finnish prime minister gave his interview, NATO Secretary General Jens Stoltenberg, choosing his words carefully, told journalists, “We have seen there have been similar reports [of GPS spoofing] from Norway, and I cannot share more precise information with you, but what I can say is that we see that cyber, electronic warfare, [and] electronic means are used more and more frequently in different operations, and therefore we take all these issues very seriously, partly to be able to deal with electronic warfare and to develop our capabilities to handle that, but also of course cyber. I will not pinpoint any specific nation now, but I will just say that we have increased our abilities to deal with these kind of challenges and threats, including during military operations” (Nato.int, November 12, 2018).

After the Norwegian Ministry of Defense appealed for clarification on the issue to the Russian authorities, Russian presidential spokesperson Dmitry Peskov stated, “The Kremlin does not know anything about Russia’s connection to the malfunctioning of the GPS system during NATO exercises. Russia is often unjustifiably accused of ‘every deadly sin’ ” (RIA Novosti, November 14, 2018).

Kremlin protestations aside, the recorded incidents of GPS spoofing, allegedly by Russia, highlight how global navigation satellite systems will likely be increasingly incorporated into many countries’ military electronic warfare capabilities. And evolving technological advances will cause the tools and methodologies for conducting such disruptions to quickly proliferate. Beyond state actors, the increasingly low cost, commercial availability and ease of deploying spoofing technology will empower not only national militaries but insurgents, terrorists and criminals in a broad range of destabilizing cyberattacks, with increasingly ominous potential worldwide effects. All this is despite governmental efforts to secure their own GNSSs while probing others.