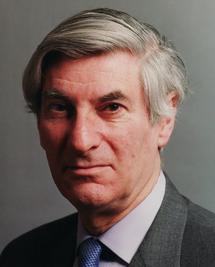 Earlier this week, we asked people to put their questions on open primaries to Professor Vernon Bogdanor, professor of government at Oxford University and one of the Open Up campaign’s technical advisors. We’ve gathered together your questions from the Open Up blog and from other blogs and forums around the web. Here, Professor Bogdanor has sought to answer them.

Question: Primaries sound good but I have a doubt. If in the general apathy of politics people are not moved to vote for anybody other than the major parties, why are they going to energise themselves to think about who they would vote for in a primary? People tend to complain about politicians but they do not find out enough about the non-aligned candidates to know who to vote for. Independents only ever get elected for niche reasons.

Professor Bogdanor: The evidence from the primary for the Conservative candidates for the London mayor and the Parliamentary candidate in Totnes is that sufficient people will turn out to vote to make the exercise worthwhile. As they come to be accepted, primaries could well increase interest and turnout when ordinary people appreciate that their votes will make a difference.

Question: Won’t open primaries vastly lengthen and increase the expense of the electoral process, and make life more difficult for minority parties, independents and candidates from disadvantaged circumstances? Won’t they increase the problems surrounding campaign funding, many of which are evident from the US system?

Professor Bogdanor: To avoid this outcome, I think there should be a spending cap administered by the Electoral Commission.

Question: Could open primaries lead to a further entrenched two-party system, where the largest parties become the easiest option for those seeking to enter politics, to the detriment of pluralism and diversity; and the smaller parties find it impossible to compete, having insufficient candidates to make primaries feasible?

Professor Bogdanor: The truth is that nobody knows. The most likely outcome is that it will increase enthusiasm for democracy and so help all parties.

Question: Open primaries are an American idea that was designed to solve specific issues with the political process in the USA. In the US they don’t have the same organised political structures that exist and campaign all year round. Instead they come together around elections and focus on candidates rather than parties. That’s partially because of the clear division in the US constitution between the executive, legislature and judiciary. In the UK we don’t have a written constitution that makes that split. We vote for the party that will form the government. Open primaries in the US were also partially a response to the graft and corruption associated with Tammany Hall politics. We don’t have the same issues in the UK, so the open primaries solution won’t fix it.

Professor Bogdanor: I agree with the excellent description of the American political system here. The problem in Britain is, admittedly, different: that of the safe seat e.g. Macclesfield, which has elected just two MPs since 1945, both Conservative. Open primaries can help to give voters a say in choosing candidates in safe seats. Otherwise, the MP is in effect chosen by a small party caucus.

Question: Wouldn’t it be better if we kept the shortlisting stage inside political parties, that way, we could make sure all candidates had at least signed up to the party’s manifesto and loyal voters could maintain their confidence that the candidate they eventually voted for was one who shared their values?

Professor Bogdanor: Surely, the wider the participation of ordinary voters the better? Voters are perfectly able to judge for themselves whether or not candidates share their values.

Question: How do we stop people gaming the system?

Professor Bogdanor: It was argued before the primary for the London mayor and for the Totnes Parliamentary candidature that voters would game the system. That did not happen. There will always be a few people who may try to do this. But most people will be grateful for the opportunity to help choose their Parliamentary candidate.

Question: Should there be a maximum set for how many people can stand in a primary?

Question: What about smaller parties? Should they have open primaries too? Won’t their comparative lack of funding put them at a disadvantage?

Professor Bogdanor: Yes, smaller parties should have open primaries too. The question of whether they will be at a disadvantage raises the whole issue of whether there should be state funding of political parties, on which views legitimately differ.

Question: Is there any evidence that open primaries will lead to the better government?