As NASA opens up the International Space Station to private astronauts, the romance of space will be within reach for those who can afford it. 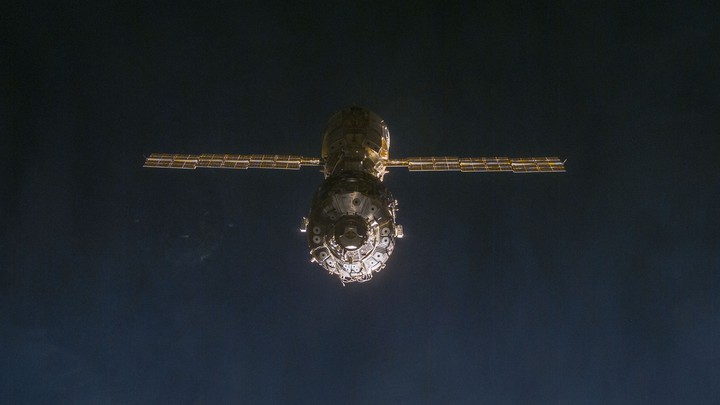 On New Year’s Day 2001, the first crew of the International Space Station spent a quiet day in orbit. The commander, U.S. Navy Captain William Shepherd, decided to honor a naval New Year’s tradition, in which the person at the helm recites a poem. Shepherd had written something for the occasion, which included the following, recorded in the ship’s log:

Though star trackers mark Altair and Vega / Same as mariners eyed long ago / We are still as wayfinders of knowledge / Seeking new things that mankind shall know.

The station had been under construction, in orbit, for four years at that point, but Expedition 1 marked the beginning of continuous human habitation.

Today the space station’s “wayfinders of knowledge” are still steering an orbiting laboratory for experiments in biology and materials science. But just as explorers of the sea did their job to blaze a path for merchants, the ISS could soon play host to wayfinders of a different sort, whose voyages will be enabled by a whole lot of cash. About $58 million, according to NASA, which announced last week that it would allow private citizens to fly to the only other realm where humans have lived.

NASA will charge about $35,000 a night per passenger to sleep on board the ISS and use its amenities, starting as soon as next year. The station can accommodate two paying visitors for up to a month, but people won’t be able to just show up. Visitors will sign contracts with SpaceX, Boeing, or other companies to pay for the rocket ride, fees, and other costs. That means these trips will remain the purview of the very rich and very powerful for a very long time to come. That makes space tourism unsustainable, and to a certain mind, depressingly out of reach. Once, astronauts chosen for their courage, verve, intelligence, and vigor embodied the mystique of space. Now the right stuff will come with a price tag. The stars may be an everlasting connection to our ancestors, but the prize of soaring among them will be reserved for the wealthy.

NASA’s decision to open up the space station is in some ways a natural next step for space exploration. Earlier, earthbound vessels all experienced a similar transformation. Transoceanic ships, railroads, and airplanes spawned cottage industries to enable their spread and wide adoption, and each eventually reached the masses. And in widening access to space, NASA is actually behind the Russians, whose space agency has transported a few space tourists through a company called Space Adventures.

But space is different. Space, as they say, is hard. To get there, you have to strap yourself to a bomb, and sometimes those bombs malfunction.

Personal space exploration is also hard to justify. Space is not obviously a place of riches ready for the taking. There are no ports full of exotic foods to bring home, and there are no people or animals to oppress or exploit (at least not yet). There are no vast tracts of arable land where intrepid explorers can make, hunt, or gather everything they need. There is no water, or wind, or soil, or anything except sunlight and radiation. There is no good reason to take on the risk and the debt to get there in the hopes of making it rich.

This has not stopped private companies from exploring space, and it shouldn’t. The region where the space station circles Earth is mostly free from gravity’s influence, transforming many basic physical processes and enabling interesting science. Already, astronauts frequently conduct experiments for pharmaceutical firms that could lead to new medicines, because some proteins grow better in microgravity.

While these projects are financed by private companies, government workers do the job. Astronauts undergo extensive training on Earth before flying to space to conduct biology experiments. It’s not clear yet whether the tourist visits will be open to private firms, turning the ISS into a co-working space in orbit. A private company could, in principle, buy tickets for its own scientists, or for that matter, manufacturers. Under the new tourism plan, NASA will also allow, for the first time, purely for-profit ventures that do not meet any educational or research goals. That could include flying objects or food to space, then selling them to collectors or connoisseurs back on Earth.

But space-based tourism doesn’t have the same utility as private, space-based research or as space-based mining, which may happen someday on the moon or on asteroids. Space-based tourism has no obvious external benefit—at least, none beyond the pure, personal exhilaration of a real-life glimpse of Earth’s curvature. Space tourism is a lark. It’s something for very rich people to do with their money. Amazon CEO Jeff Bezos has literally said so. “The only way that I can see to deploy this much financial resource is by converting my Amazon winnings into space travel. That is basically it,” he told Business Insider in 2018.

Bezos also said he believes that his rocket company, Blue Origin, is his most important contribution to society; he argues that humans should spread throughout the solar system and leave Earth “zoned residential.” But occasional tourism by extremely wealthy people is a giant leap from something like Saturn-ward expansion.

This latest decision, to allow paying visitors, reveals the most about the attitudes of current political leadership toward space: as a place like any other, best suited for commerce.

Several multimillion-dollar tickets to the ISS could offset some of NASA’s bills, for starters. The agency currently spends about $8 million a day to operate the station, NASA officials said during the announcement last week. Some of those funds could be redirected to pay for a sped-up moon mission, aimed at landing astronauts back on the moon by 2024. That year also looms large for the station: Donald Trump’s administration has proposed ending federal funds for the ISS in 2024 and moving toward private stations or private ownership.

This poses somewhat of a conundrum for private companies. If you knew your cruise ship would be unusable within the next five years, how much time and money would you invest in selling tickets to sail on it? How much money would you invest, or be expected to invest, to maintain the station in a visitor-friendly state? Even if NASA could promise a shipshape ISS, the number of people visiting would hardly cover all the expenses. “This is not going to be a profit-making venture for NASA at all,” said Jeff DeWit, NASA’s CFO, at a news conference last week. “But it will help defray expenses.”

Handing tourists the keys to the ISS reflects a much broader shift in space exploration, one that prioritizes resource extraction and commercial profit over pure research and collective scientific efforts. It’s a step toward making space more mundane, a travel destination defined by money and vacations, rather than discovery and glory.

The space-station commander Bill Shepherd, who spent 159 days, seven hours, and 49 minutes in space throughout his career, ended his New Year’s ode with these lines:

We commend to crews that will follow / Merit of the good ship we sail / Let Sun shine strong on Alpha’s wings / A symbol, and bright star we long hail.

Alpha was his nickname for the ISS, though it didn’t stick; the station remained a place named without romance. But it remains a symbol. It’s a bright star you can spot yourself, on any clear night, tracing a steady and sure path across the wide dome of the sky.

I’ve often been asked whether I would visit space, or the moon, or even Mars, if given the opportunity. I’ve never applied for astronaut training, which is one form of an answer. The idea has certainly grown more plausible, as companies such as SpaceX have grown up and built successful rockets. And I can’t deny that a part of me dreams of experiencing the curvature of Earth, or visiting the gray and looming hills of our moon. I often answer that I have a telescope, and for me, right now, that is enough. I can come up with plenty of other ways to spend my money right here, on the only home we have ever known.