Douglas Loverro, a veteran manager with broad experience in national security space operations, has been selected by NASA to lead the agency’s human space flight programs. He takes over at a critical moment as the agency assesses the readiness of new commercial crew ships amid a full-court press to land astronauts on the moon in 2024.

Loverro is “a respected strategic leader in both civilian and defense programs, overseeing the development and implementation of highly complicated systems,” NASA Administrator Jim Bridenstine said in a statement.

“He is known for his strong, bipartisan work, and his experience with large programs will be of great benefit to NASA at this critical time in our final development of human spaceflight systems for both Commercial Crew and Artemis.”

Artemis is the name of NASA’s second-generation moon program, an accelerated Trump administration initiative to send astronauts back to the moon four years earlier than NASA originally had planned. 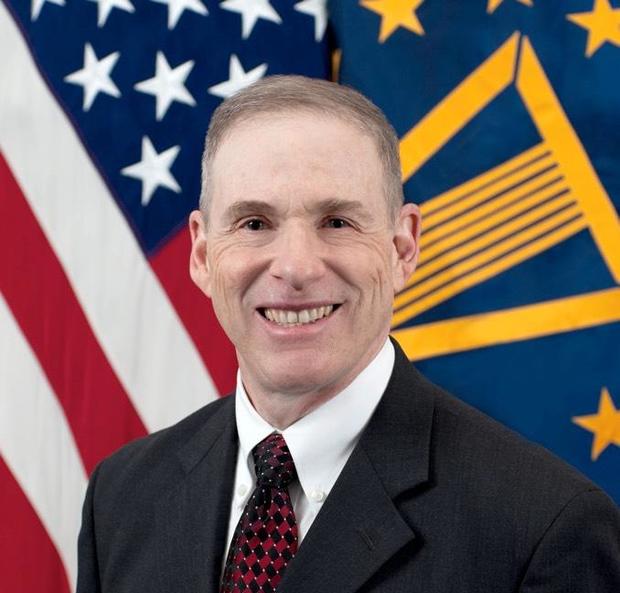 “It’s an interesting appointment,” John Logsdon, a noted author and space historian, said of Loverro. “He’s a good guy, very accessible, very easy to get along with. In his earlier life, he managed big procurement projects and has a reputation as a good manager.”

He retired from the Air Force as a colonel in 2006 after selection as a member of the Defense Intelligence Senior Executive Service.

As chief of NASA’s Human Exploration and Operations Mission Directorate at agency Headquarters, Loverro will be taking over top-level management of the International Space Station, the Commercial Crew Program and the Artemis project.

Boeing and SpaceX , working under NASA contracts to commercially develop new space capsules to ferry astronauts to and from the space station, are struggling to ready their ships for initial piloted test flights in the wake of budget shortfalls and technical issues.

Both companies now plan to launch astronaut crews on those long-awaited test flights early next year to pave the way toward operational crew rotation missions that will end NASA’s sole reliance on Russia’s Soyuz spacecraft for ferrying astronauts to and from the station.

Even so, NASA likely will be forced to buy additional Soyuz seats to ensure a continuous U.S. presence aboard the lab complex if significant additional delays are encountered. As it now stands, the final NASA-contracted seat aboard a Soyuz will be used in April.

It’s not yet known when the first piloted Commercial Crew mission will take off, but Loverro will play a major role in assessing NASA requirements and launch targets as testing proceeds.

His biggest challenge will be overseeing the Artemis moon program in the midst of political wrangling over how much the project might cost and resolution of major technical challenges, from work to ready NASA’s huge new Space Launch System — SLS — booster for flight to development of a commercially procured lunar lander.

NASA originally hoped to send astronauts back to the moon in 2028, but the Trump administration reset the agenda and ordered NASA to move that up four years for a landing in 2024. The administration requested $1.6 billion in supplemental funding for the agency’s 2020 budget request to kick-start development of key systems, including a moon lander.

During a hearing Wednesday of the House appropriations subcommittee for Commerce, Justice, Science and Related Agencies, Chairman José Serrano repeatedly pressed Bridenstine for an Artemis cost estimate beyond 2020.

“I remain extremely concerned about the additional costs to accelerate the mission to the moon by four years,” he said in opening remarks. “Some experts have said the additional financial resources needed to meet the administration’s imposed 2024 deadline could exceed $25 billion over the next five years compared to the original 2028 schedule.

“To date, NASA has not provided the committee with a full cost estimate despite repeated requests. At a time of huge financial needs across numerous government programs, all competing for funding within the budget caps, an additional $25 billion cost would severely impact vital programs.”

Bridenstine said later that NASA is working to refine schedules and cost estimates and will include projected costs for Artemis in the agency’s next budget proposal.

“We are working with the Office of Management and Budget and the National Space Council to come up with an administration consensus for what the total cost will be, and we will submit that in February,” he said.

NASA is relying on the huge Boeing-built SLS rocket to propel Artemis astronauts back to the moon aboard Orion capsules built by Lockheed Martin. The SLS is years behind schedule and is not expected to make its initial unpiloted test flight until 2021.

Assuming the rocket makes it through development and flight tests, current plans call for an astronaut crew to dock with a mini space station — Gateway — in lunar orbit in 2024 before descending to the surface in a commercially developed lander.

Managing how that program will play out in Congress and in space will be at the top of Loverro’s agenda.