NASA has issued a public challenge where you can help design a critical sensor that would be needed for a future rover on Venus. Artist’s concept of the AREE Venus rover. The rover would be wind-powered and able to last on Venus’ hellish surface much longer than previous landers. Image via NASA/ JPL-Caltech.

There’ve been missions to Venus over the past decades, but Venus is a tough place to visit, with temperatures on its surface hot enough to melt lead. The last probe that landed on Venus’ hellish surface was part of the Vega 2 mission in 1985; it transmitted data from Venus’ surface for 57 minutes. Now NASA wants to visit Venus’ surface again, not with just another lander … but with a rover.

On February 21, 2020, NASA announced a public challenge to help design a future Venus rover called Automaton Rover for Extreme Environments (AREE). The challenge – Exploring Hell: Avoiding Obstacles on a Clockwork Rover – is specifically to develop an obstacle-avoidance sensor for the rover. The concept is being funded by a grant from the NASA Innovative Advanced Concepts program.

The few landers that have made it to Venus’ surface, from the Soviet Union in the 1980s, didn’t last very long in the extremely hot, corrosive and high-pressure environment. Now, with current technology, NASA wants to build a rover that could last a lot longer and therefore be able to do a lot more science. And, of course, being a rover, could cover a variety of terrain that a stationary lander could not. Jonathan Sauder, principal investigator for AREE, said in a statement:

Earth and Venus are basically sibling planets, but Venus took a turn at one point and became inhospitable to life as we know it. By getting on the ground and exploring Venus, we can understand what caused Earth and Venus to diverge on wildly different paths and can explore a foreign world right in our own backyard. The surface of Venus as seen by the Soviet Venera 13 probe, which landed on March 1, 1982. Image via Don P. Mitchell.

While previous landers lasted only minutes, AREE could survive for months. It would be powered by Venusian winds, and the sensor would be needed to help it avoid obstacles like rocks, steep slopes or crevices.

For Venus, the sensor would need to work without electronics. Even modern electronic systems start failing at about 250 degrees Fahrenheit (120 degrees Celsius), and temperatures on Venus’ surface reach a whopping 840 degrees F (448 C). According to Ryon Stewart, challenge coordinator for the NASA Tournament Lab at Johnson Space Center:

This is an exciting opportunity for the public to design a component that could one day end up on another celestial body. NASA recognizes that good ideas can come from anywhere and that prize competitions are a great way to engage the public’s interest and ingenuity and make space exploration possible for everyone.

The first-place prize in the challenge is $15,000. Second place nets $10,000 and third place wins $5,000. The NASA Tournament Lab is hosting the challenge on the heroX crowdsourcing platform and submissions are accepted until May 29, 2020. 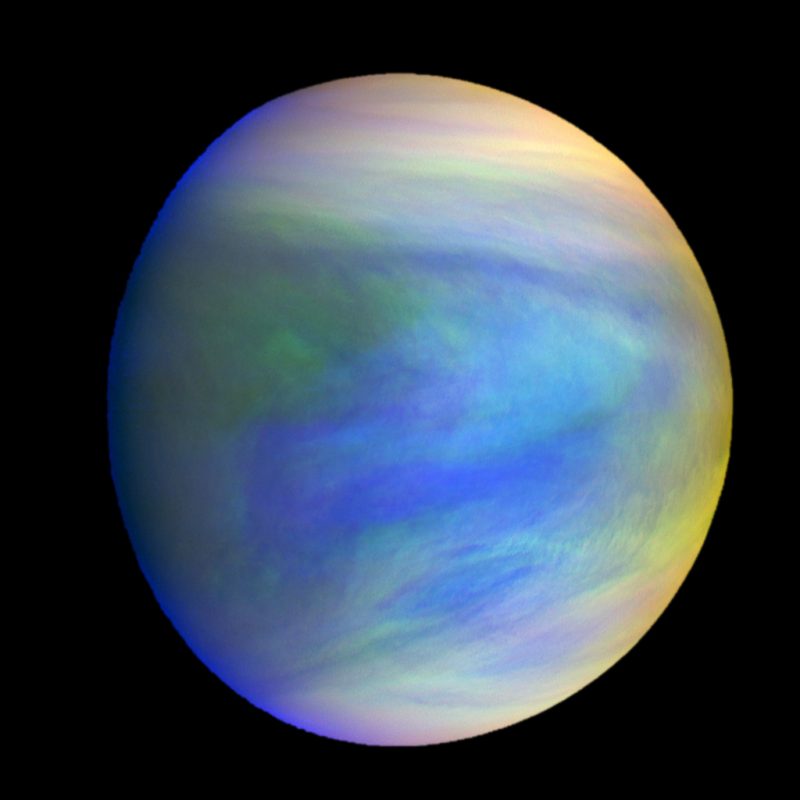 Composite image of Venus’ atmosphere from the Japanese probe Akatsuki (Venus Climate Orbiter). Dark patches in the atmosphere are still unexplained, but appear to affect the planet’s albedo and climate. Image via Institute of Space And Astronautical Science/ Japan Aerospace Exploration Agency/ University of Wisconsin-Madison. 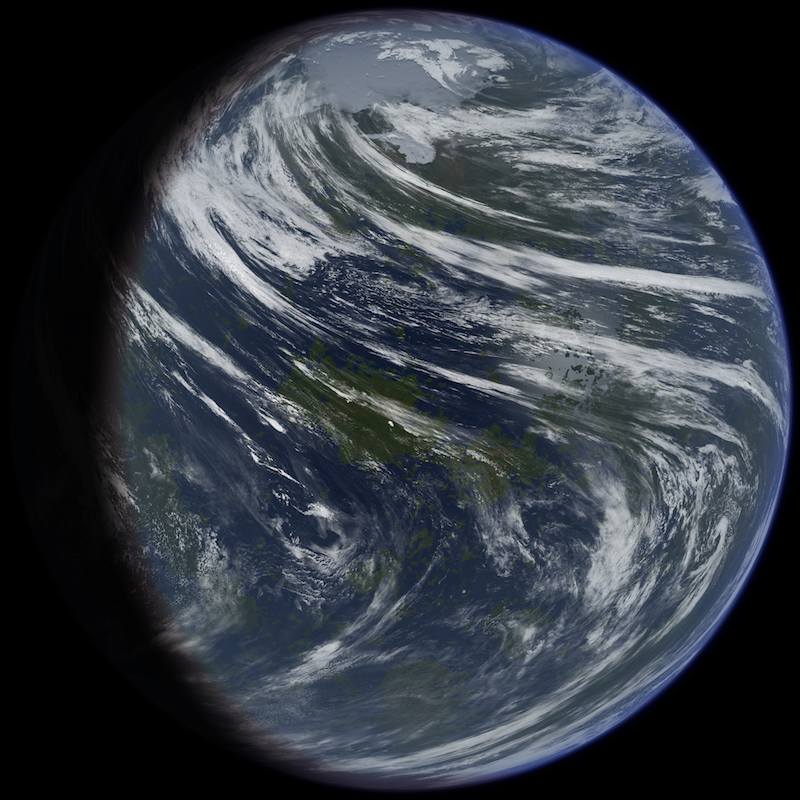 An artist’s impression of what a formerly water-rich Venus may have looked like with an ocean a few billion years ago. Image via Daein Ballard.

When faced with navigating one of the most challenging terrestrial environments in the solar system, we need to think outside the box. That is why we need the creativity of makers and garage inventors to help solve this challenge.

Although hostile, Venus is an exciting planet to explore. Evidence suggests that it used to be more Earth-like a few billion years ago, and may even have had oceans. But something happened to cause a runaway greenhouse effect, where the now predominately carbon dioxide atmosphere traps all the heat from the sun and temperatures soar to uninhabitable levels.

Last month, it was also reported that Venus may still have active volcanoes. If so, it would join Earth and Jupiter’s moon Io as a planet or moon with current active hot volcanism in the solar system (as opposed to some of the smaller icy moons and dwarf planets that have cryovolcanoes, volcanoes that spew cold ice, water, ammonia or methane instead of magma).

While starting out with similar characteristics, Venus and Earth ended up taking very different evolutionary paths. Venus was once much more habitable, by earthly standards, perhaps even with an ocean. But something happened to literally turn the planet into a blazing hellhole. Scientists still don’t know exactly what happened, but now, on Venus’ surface, any water is long gone, the atmospheric pressure is crushing and temperatures are hot enough to melt lead. 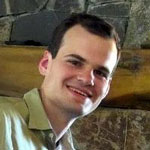 Interestingly however, some scientists think that primitive bacteria-like life may still be able to survive on Venus, high up in its atmosphere. In that region, temperatures are much more comfortable and there is water vapor available. Microorganisms are actually one theory to explain the unusual dark patches seen in Venus’ atmosphere, which still haven’t been explained. Similar microbes can also be found in Earth’s atmosphere.

Venus is full of mysteries, and the only way to solve them is to go back again. Other missions are also on the drawing boards, such as new orbiters, gliders or even balloons, but a rover would be able to explore Venus as never before. It’s been a long time since we last touched down on Venus.

By the way, in researching this article, we found a lot of garbled info out there about the Vega 1 and 2 missions to Venus. Reliable information about those two missions can be found via these sources:

Bottom line: NASA has issued a public challenge to help design a sensor for a future Venus rover.