Douglas Loverro is now in charge of NASA’s Artemis and commercial crew programs. 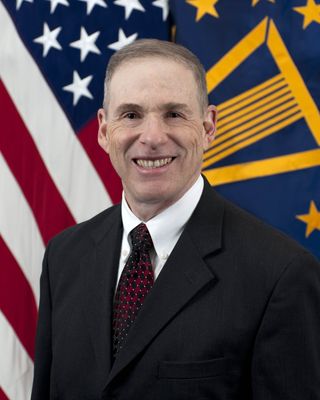 Agency chief Jim Bridenstine announced last week that Douglas Loverro has been named the agency’s new associate administrator for its Human Exploration and Operations Mission Directorate — a position that puts him in charge of safely landing NASA astronauts on the moon in 2024 as well as the upcoming commercial crew missions to the International Space Station.

Although he’s new to NASA, he has decades of experience in national security space, has fostered international cooperation in space exploration, and is a vocal advocate of the Space Force.

“I worked with Doug for many years on the Hill, and he is a respected strategic leader in both civilian and defense programs, overseeing the development and implementation of highly complicated systems,” Bridenstine said in a statement. “He is known for his strong, bipartisan work and his experience with large programs will be of great benefit to NASA at this critical time in our final development of human spaceflight systems for both Commercial Crew and Artemis.”

Before coming to NASA, Loverro spent three decades working for the U.S. Department of Defense and the National Reconnaissance Office, where he developed policies for national security-related space activities. He was the Deputy Assistant Secretary of Defense for Space Policy from 2013 to 2017. Since then, he has operated an independent consulting firm.

“I have worked with Doug with space related matters for many years. He is highly qualified, competent, and will do a superb job leading NASA’s human exploration directorate,” Rep. Mike Rogers (R-Ala.) said in the statement.

“I want to thank Ken and the entire NASA team for their commitment since I arrived at NASA. We have made incredible progress,” Bridenstine said. “Ken and Doug are respected members of their fields and will continue to lead these great people at the agency,” he added. “We have a lot of work to accomplish to safely get humans flying from America again and I believe we have the leadership to get it done.”

Now that Loverro has been named the new associate administrator, NASA expects to soon be able to come up with a new targeted launch date for the long-overdue first flight of its Space Launch System (SLS) megarocket, Bowersox said at the International Symposium for Personal and Commercial Spaceflight on Oct. 10. The SLS rocket, which is supposed to launch astronauts to the moon, is currently scheduled for a test flight sometime in 2020, though Bowersox said it will likely slip to mid-2021.