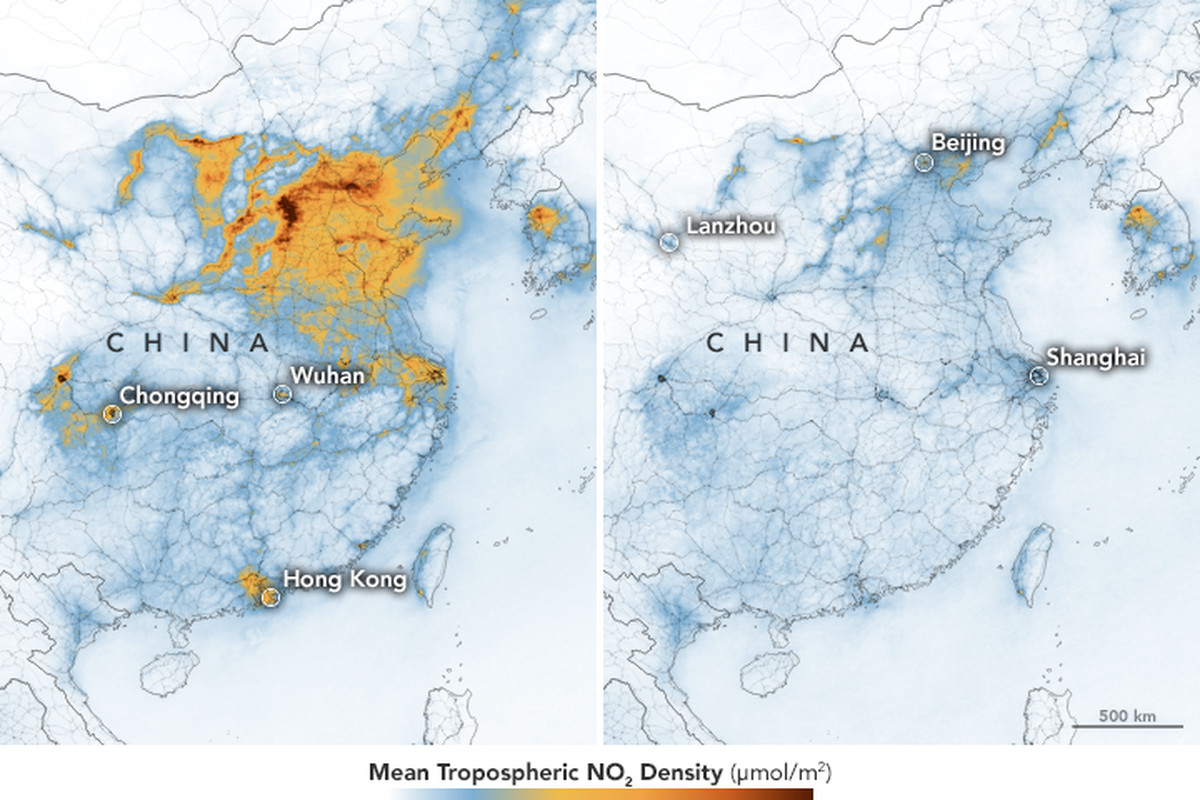 There’s been a dramatic drop in pollution across China as the country tries to contain COVID-19, the disease caused by the novel coronavirus. New maps using data collected from NASA and European Space Agency satellites show how nitrogen dioxide, a dangerous gas released by burning fuel, has dissipated since the outbreak.

Maps depicting nitrogen dioxide levels in Wuhan, China from January 1st through February 25th of last year show the region blanketed in fiery colors, with parts in a deeper red signifying high concentrations of the pollutant. Fast forward to this year, and maps of the same region show a stark difference: they’re nearly all blue, showing lower concentrations. 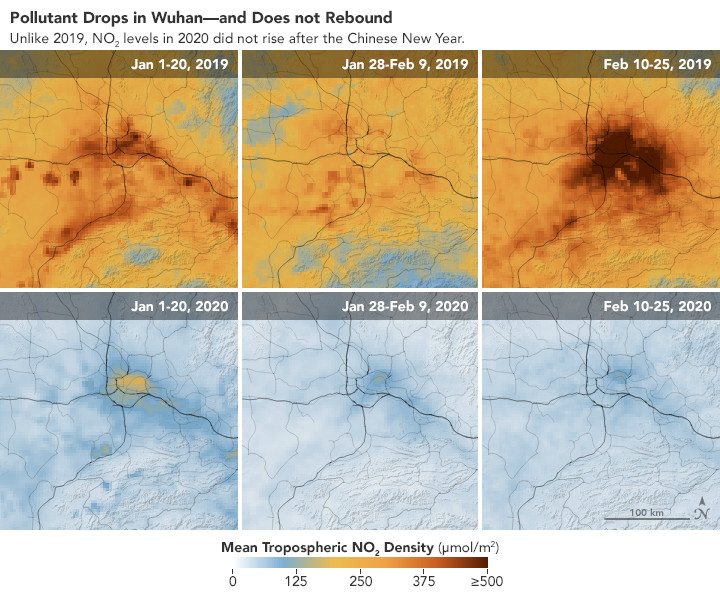 Even though pollution typically drops during that time period as the country celebrates the Lunar New Year, scientists say what they’re seeing this year is a stark difference. “This is the first time I have seen such a dramatic drop-off over such a wide area for a specific event,” Fei Liu, an air quality researcher at NASA’s Goddard Space Flight Center, said in a statement. The steep fall in emissions happened more rapidly than what she observed during the 2008 economic recession, and is also lingering longer than the drop in pollution in Beijing during the Olympics that year. “I am not surprised because many cities nationwide have taken measures to minimize spread of the virus,” Liu said.

The new coronavirus first appeared in Wuhan in December. By January, officials had quarantined the city — halting planes, trains, subways, and most private vehicles. As the virus spread beyond Wuhan, so did quarantines that shut down businesses, stopped travel, and curbed emissions. A map of the country before the quarantines (from January 1st to 20th) is covered with orange and red splotches, while those splotches are noticeably absent in another map depicting China after quarantines were put in place (from February 10th to 25th).

The cleaner air will hopefully provide some relief as China copes with a novel coronavirus that affects the lungs. On its own, nitrogen dioxide can inflame airways and make it harder for people to breathe. It also reacts with other chemicals to create soot, smog, and acid rain.