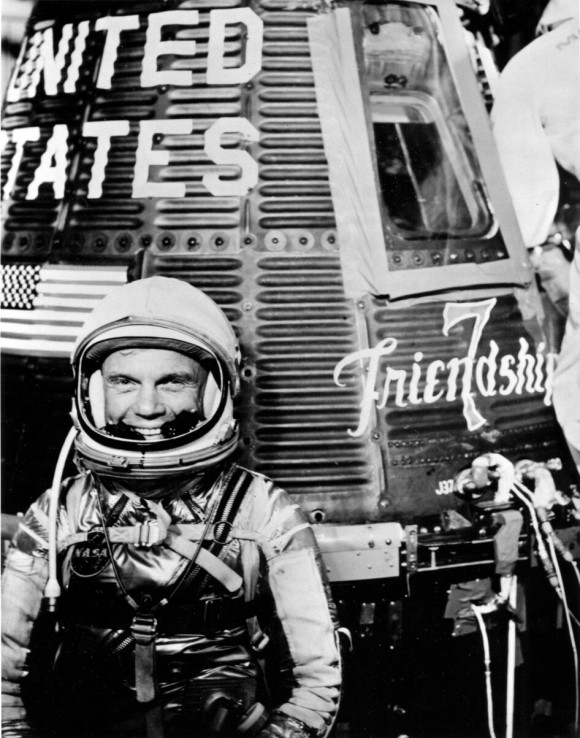 February 20, 1962. John Glenn became the first American to orbit the Earth on this date. In 4 hours and 55 minutes, he circled the globe three times in his space capsule Friendship 7. The feat was momentous and made Glenn a hero and a household name. But it wasn’t without its scary moments.

First, some history. Glenn was one of the first American astronauts, the ones NASA called the Mercury 7. These were the same seven astronauts immortalized in Thomas Wolfe’s masterly 1979 book “The Right Stuff.” In those days, astronauts were also encouraged to give personal nicknames to their space capsules. Glenn and his family decided on the word Friendship, adding the number 7 to honor his fellow Mercury astronauts. But Glenn’s mission was officially named Mercury-Atlas 6, Mercury for the Roman god of speed and Atlas 6 to indicate that this was the sixth mission to use the newer, faster Atlas rocket as a launch vehicle.

And indeed … speed was key to achieving an orbit around Earth. 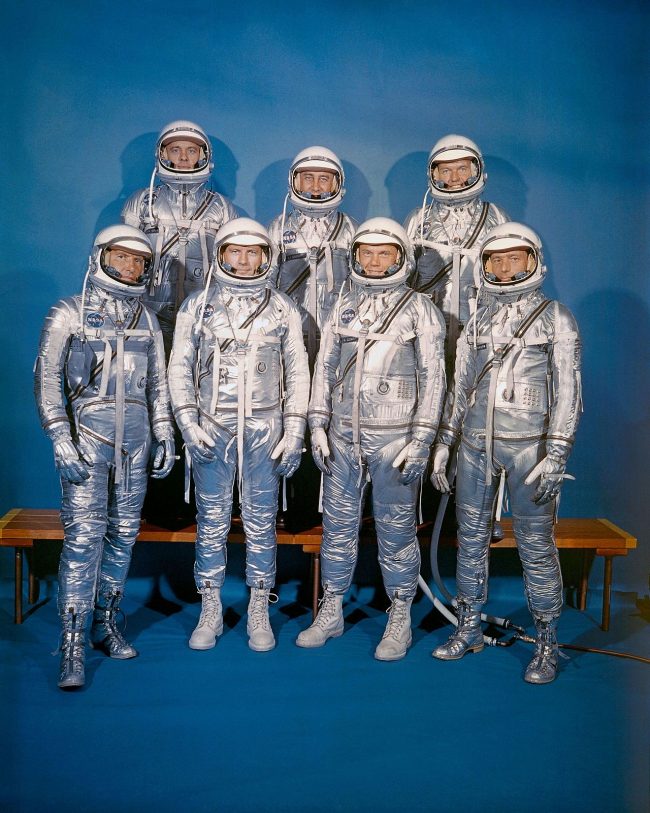 Glenn’s launch to space was postponed four times due to mechanical issues with the Atlas rocket, and with weather uncertainties. Finally, with the weather cooperating and the mechanical issues solved, Glenn was strapped into Friendship 7 early on the morning of February 20, 1962. Schoolchildren (including me) watched on television that day as the countdown ended and Glenn blasted into space. As explained by History.com:

As mission control performed its final system checks, test conductor Tom O’Malley initiated the launch sequence, adding a personal prayer, ‘May the good Lord ride all the way,’ to which Carpenter, the backup astronaut for the mission, added, ‘Godspeed, John Glenn.’ Carpenter later explained that he had come up with the phrase on the spot, but its did hold significance for most test pilots and astronauts: ‘In those days, speed was magic … and nobody had gone that fast. If you can get that speed, you’re home-free.’

In other words, to attain even a low-Earth orbit, the challenge is to reach a fast-enough speed. The mean orbital velocity needed to maintain a stable low-Earth orbit is about 17,000 miles per hour (28,000 km/h, or 7.8 km/s). On his trip around Earth, Glenn reached that speed, the first time for any American.

That’s right … any American. Glenn wasn’t the first earthling to complete an orbit around Earth. In fact, he was the third, following two Russian cosmonauts: Yuri Gagarin ( April 1961) and Gherman Titov (August 1961). 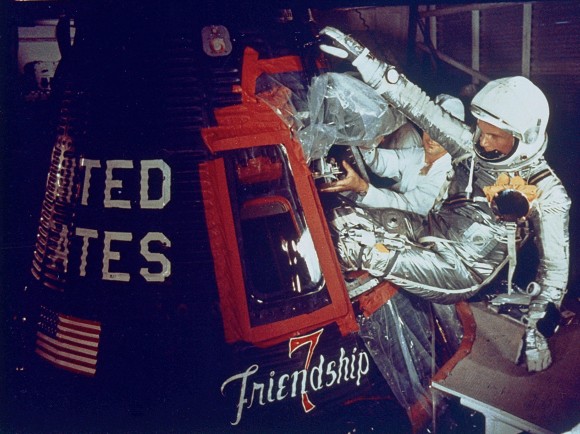 John Glenn climbs into the Friendship 7 spacecraft just before making his first trip into space on February 20, 1962. Photo via NASA.

And – as mentioned above – Glenn’s flight wasn’t without its scary moments. As History.com explained:

During his second orbit, mission control noticed a sensor was issuing a warning that Friendship 7’s heat shield and landing bag were not secure, putting the mission, and Glenn in danger. Officials did not immediately inform Glenn of the potential problem, instead asking him to run a series of small tests on the system to see if that resolved the issue, which eventually clued Glenn in to their concerns. After a series of discussions, it was decided that rather than following standard procedures to discard the retrorocket (an engine designed to slow down the capsule upon reentry), Glenn would keep the rocket in place to help secure the heat shield.

All was well. Glenn successfully reentered the Earth’s atmosphere and splashed down in the Atlantic Ocean. His successful recovery took place 800 miles (1,300 km) southeast of Bermuda. Later, when officials inspected the recovered capsule, they found out the heat shield hadn’t been in danger, after all. The problem had been a faulty sensor.

His flight was commemorated in the popular 2016 film “Hidden Figures.”

Glenn returned to space at age 77 aboard the space shuttle Discovery in 1998, making him the oldest person to fly in space. His mission’s primary scientific aim at that time was to study the effects of spaceflight on seniors. 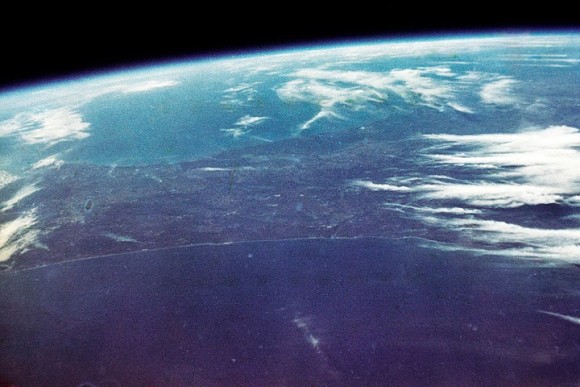 Here’s what John Glenn saw on February 20, 1962. Just 5 minutes and 44 seconds after launch, Glenn offered his first words about the view from his porthole: “This is Friendship 7. Can see clear back; a big cloud pattern way back across towards the Cape. Beautiful sight.” Three hours later, at the beginning of his third orbit, Glenn photographed this panoramic view of Florida from the Georgia border (right, under clouds) to just north of Cape Canaveral. His American homeland was 162 miles (260 kilometers) below. “I have the Cape in sight down there,” he noted to mission controllers. “It looks real fine from up here. I can see the whole state of Florida just laid out like on a map. Beautiful.” Image via NASA.