India On Mars? Despite Failed Moon Landing Expect Orbital Spaceflight And Missions To Venus And Mars 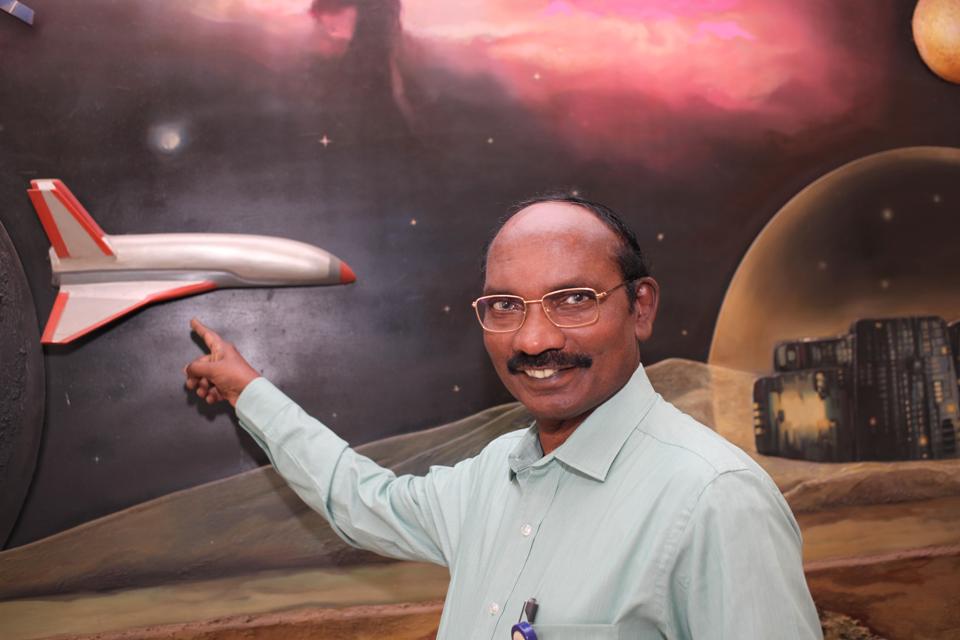 Dr K Sivan, widely known as the Rocket Man of India, is a 62 year old home grown aerospace engineer, . [+] currently Chairman of the Indian space agency and head of the Indian Space Research Organisation (ISRO) stands next to a diorama of space on August 26, 2019 in Bengaluru, India. The Indian space agency successfully lofted its second mission to the moon named Chandrayaan-2 or Moon Vehicle. The successful launch took place on July 22, 2019 from the Island of Sriharikota.(Photo by Pallava Bagla/Corbis via Getty Images)

UPDATE: India’s first attempt to land on the moon ended in failure on Friday, September 6, when contact was lost with the spacecraft when it was 2.1km above the lunar surface.

Despite the failure of Chandrayaan-2, the Indian Space Research Organization (ISRO) has ambitious plans for the exploration of space in the coming decade.

Next up comes a landmark mission to put Indian “gaganaut” astronauts into low-Earth orbit, balloons on Venus, and even an attempt to land on Mars.

Here’s everything you need to know about India in space.

August 15, 2022. The 75th anniversary of India’s independence’s from the U.K. is ISRO’s target date to put three Indian astronauts into orbit for the first time. Its Gaganyaan (“Orbital Vehicle”) mission will put as many as three Indian “Gaganauts” into space. “India calls it human spaceflight rather than ‘manned’ spaceflight because it plans to send a woman,” says Pallava Bagla, science editor at New Delhi Television and an expert on the Indian space industry. “There is a crew module that has already been tested in a sub-orbital flight, and it can carry three people in space for up to seven days.” ISRO has a budget of US$1.4 billion for this mission.

Indian Prime Minister Narendra Modi wants India’s Gaganauts in orbit by 2022, but it may happen sooner. Either way, before sending people there will likely be two uncrewed flights to tests systems. 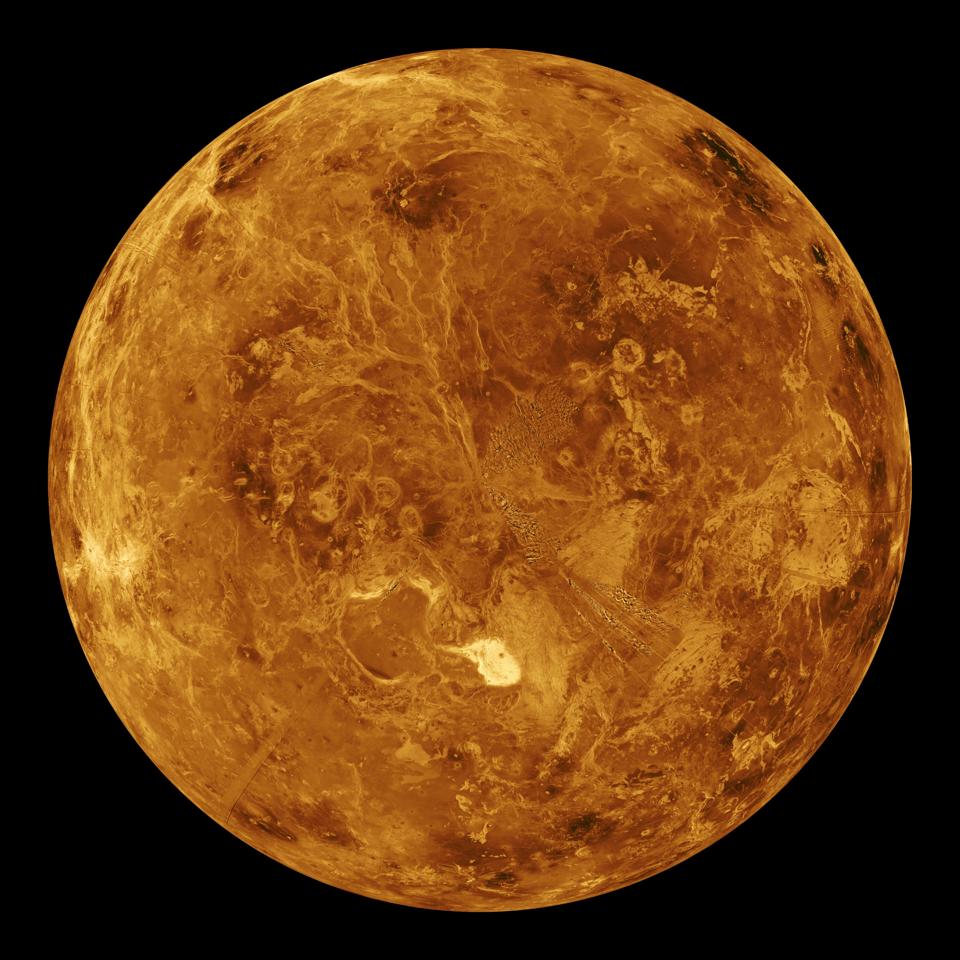 The northern hemisphere is displayed in this global view of the surface of Venus. The north pole is . [+] at the center of the image. Magellan. (Photo by: Photo12/Universal Images Group via Getty Images)

ISRO is also working on an exciting mission to send a probe to the planet Venus. “There’s a mission to Venus being planned that will have an orbiter that will release some metallic balloons into the atmosphere,” says Bagla. “It’s under planning, and they’re hoping to have the mission some time in the near future.” Possibly called Shukrayaan-1, it will be a mission primarily to study the surface and atmosphere of Venus.

“A return to Mars is also in the offing,” says Bagla. “The configuration has not been announced, but I presume it will be an attempt to put lander on Mars.” That would be one-up on India’s original Mars Orbiter Mission (MOM), also called Mangalyaan (“Mars-craft” in Sanskrit), a space probe that orbited Mars from 2014. 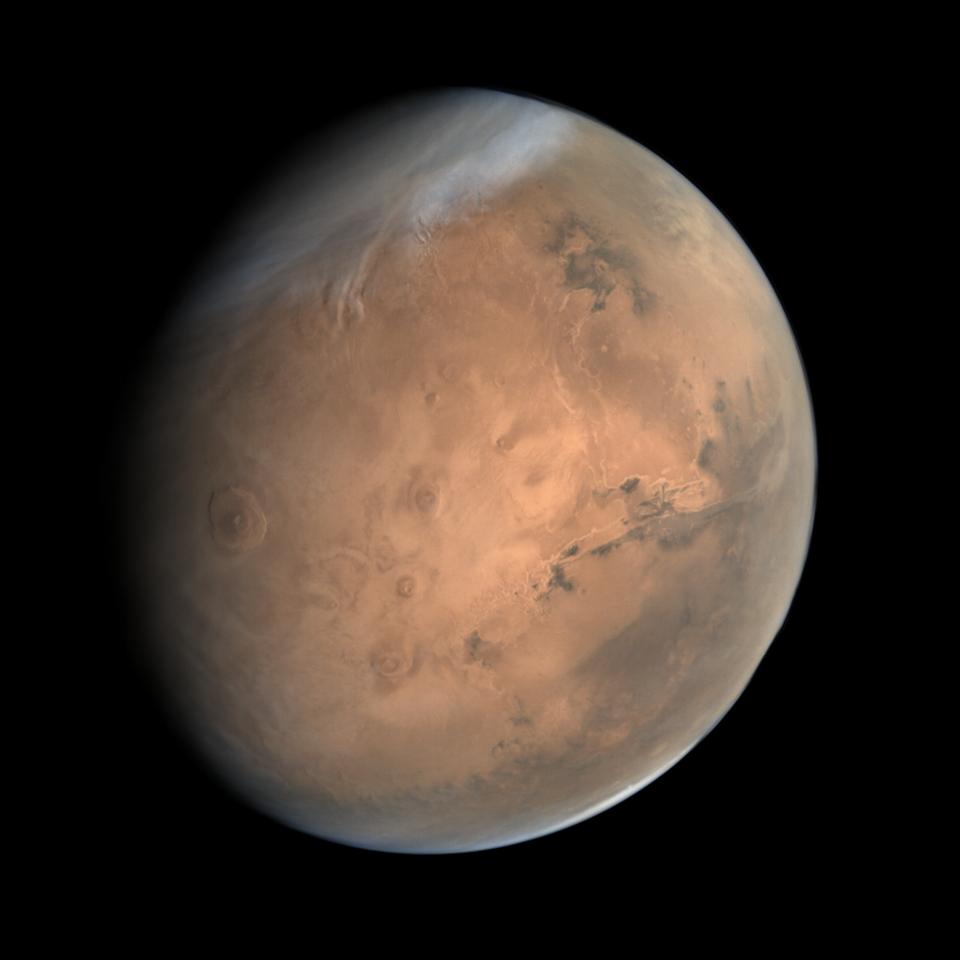 ISRO’s proudest moment, Mangalyaan/MOM launched in November 2013 and arrived at the Red Planet in 2014. During its five-year mission it achieved much, but it’s gone down in history largely for its stunning affordability. Mangalyaan cost just $74 million, which is so much cheaper than anything NASA or ESA can achieve. For example, NASA’s MAVEN Mars orbiter cost around $672 million, while ESA’s Mars Express cost $329 million. NASA’s latest InSight lander cost $828 million.

However, Mangalyaan wasn’t just about saving money. It took some incredible images and was a source of much national pride and wonder in India, much like the original Chandrayaan-1 mission that orbited the moon in 2009 and helped to discover evidence of water on the lunar surface. “Some of the best pictures of the moon came from Chandrayaan-1 and the best pictures of the disk of Mars came from Mangalyaan,” says Bagla. MOM’s Mars Colour Camera captured over 980 images (many of which can be downloaded by the public), and graced the cover of National Geographic in 2016. Designed to last six months, Mangalyaan lasted until September 2018. 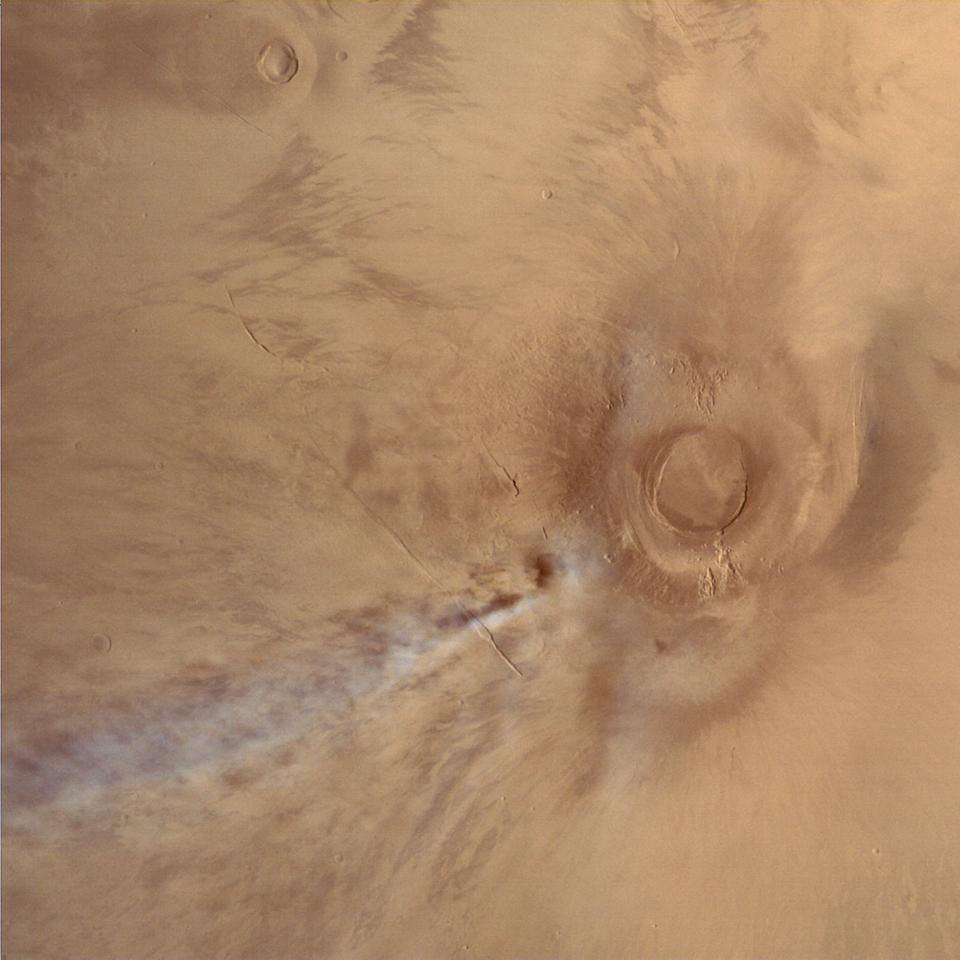 Mars Orbiter Mission image of the Tharsis volcano Arsia Mons, with an orographic cloud streaming . [+] away to the southeast. This image was taken by the orbiter on January 4, 2015, while the spacecraft was at an altitude of 10800 km.

If you thought the Chandrayaan-2 mission to land near the moon’s south pole was ambitious, ISRO’s real tricks are coming up. “The chicken-hearted can’t do planetary missions,” says Bagla. “It’s only the brave hearted space agencies that do missions to other planets.”