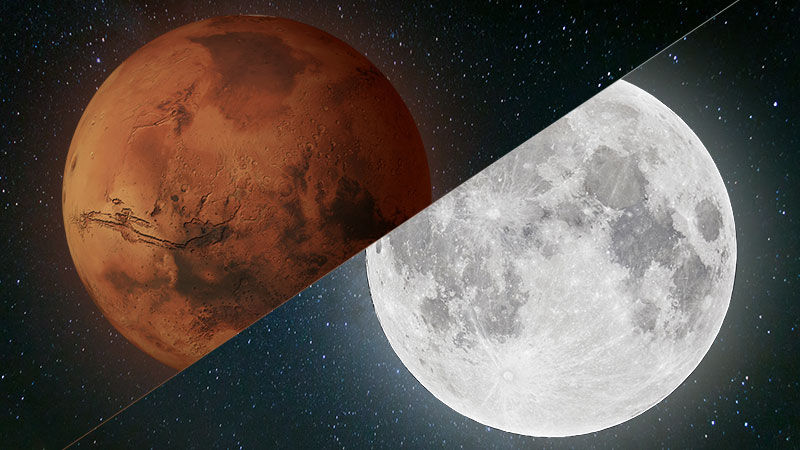 On Friday evening, a US House of Representatives committee released H.R. 5666, an authorization act for NASA. Such bills are not required for an agency to function, and they do not directly provide funding—that comes from the appropriations committees in the House and Senate. Authorization bills provide a “sense” of Congress, however and indicate what legislators will be willing to fund in the coming years.

The big-picture takeaway from the bipartisan legislation is that it rejects the Artemis Program put forth by the Trump White House, which established the Moon as a cornerstone of human exploration for the next decade or two and as a place for NASA astronauts to learn the skills needed to expand toward Mars in the late 2030s and 2040s. Instead, the House advocates for a “flags-and-footprints” strategy whereby astronauts make a few short visits to the Moon beginning in 2028 and then depart for a Mars orbit mission by 2033.

Whatever one might think about NASA’s Artemis Program to land humans on the Moon by 2024, it attempted to learn from decades of space policy failure. Artemis set a near-term target, 2024, for a human return to the Moon that provided some urgency for NASA to get moving. It also sought to develop a “sustainable” path with meaningful activities on the surface of the Moon, including polar landings, efforts to tap lunar resources (the House bill specifically prohibits this), and establishment of a base.

Moreover, Artemis recognized that spaceflight has changed in 50 years. The Artemis program included new players in the industry, such as SpaceX and Blue Origin, as well as up-and-coming companies like Maxar, along with the established aerospace giants like Boeing and Lockheed Martin. NASA’s plans, essentially, invited everyone to the table. Over time, the companies that provided the most reliable services at the lowest costs were likely to get more contracts.

The Artemis Program also emphasized that NASA should be one of many customers, instead of the sole customer. It placed an emphasis on private investment in rockets and spacecraft—asking contractors to put more skin in the game. By opting for fixed-price contracts for the Human Landing System instead of cost-plus deals, the Artemis Program attempted to obtain services at lower costs while also giving contractors incentive to deliver on time.

The House authorization act, which will now be considered in committee before going before the full House, rolls a lot of this back. Its proposed Human Landing System, which will take astronauts from lunar orbit, offers the prime example of this. The bill states that:

The net effect of this is to shut down all potential competition and cost savings for the lunar lander. It is particularly telling that there is only one company—Boeing—that has proposed building an integrated lunar lander, has the contract for the Exploration Upper Stage, and is building core stages for the Space Launch System rocket. Boeing has also tried to minimize use of the Gateway.

With the House bill, legislators seem to be trying to take NASA’s human exploration program and give it over to the Boeing Company, going back to an era of cost-plus contracting.

Some spaceflight advocates have cheered the legislation, as it refocuses NASA’s human spaceflight priorities on Mars. More likely, the House legislation returns NASA to the nebulous “Journey to Mars” days of the Obama administration, which talked about sending humans to Mars in the 2030s without ever putting out concrete plans or providing the requisite funding.

Pretty much everyone in the spaceflight community agrees that it would be amazing to see humans set foot on Mars. But it is hard to believe the House is serious about this activity unless it doubles the human exploration budget and actually requires that funding go to the big technical challenges, like landing large vehicles on Mars, surface habitats, power on Mars, and more. That is absent from this bill.

Effectively, this probably would consign NASA to another decade of spending billions of dollars on “capabilities” such as the Space Launch System without actually sending astronauts anywhere beyond low-Earth orbit.

NASA’s Advisory Council has been warmly supportive of the Artemis Plan proposed by the White House for a lot of the reasons described above—it provides the agency with a clear goal and timeline, involves both commercial and traditional aerospace, and moves beyond the “flags and footprints” of Apollo to something more sustainable.

The chairman of the council’s Human Exploration and Operations Committee, Wayne Hale, said he did not want to get ahead of his committee members when it came to the House legislation and what it would mean for NASA. However, he did tell Ars, “The proposed authorization bill is disappointing.”

The Commercial Spaceflight Federation was more blunt in a statement issued Sunday night: “As written, the NASA Authorization bill would not create a sustainable space exploration architecture and would instead set NASA up for failure by eliminating commercial participation and competition in key programs. As NASA and the White House have repeatedly stated, any sustainable space exploration effort must bring together the best of government and commercial industry to achieve a safe and affordable 21st century space enterprise.”

And Homer Hickam, a former NASA engineer and the author of Rocket Boys, commented, “If this or anything like it is approved, I will resign from the National Space Council’s User Advisory Group. After years of me and so many others urging NASA to get out of LEO and go back to the moon and this time to stay, it would be too much to bear to now watch at close range it being ruined by a Mars fantasy, probably while other nations make a lunar land rush.”

The House Subcommittee on Space, Science, and Technology will hold a hearing Wednesday to mark up this legislation. Further discussions will take place on February 10, when the White House releases its 2021 budget request, which will contain a five-year funding plan for Artemis along with a request for Congress to fund it.