This date serves as an opportunity to reaffirm the “important contribution of space science and technology in achieving sustainable development goals and increasing the well-being of States and peoples, as well as ensuring the realization of their aspiration to maintain outer space for peaceful purposes.” (UN Resolution, A/RES/65/271) 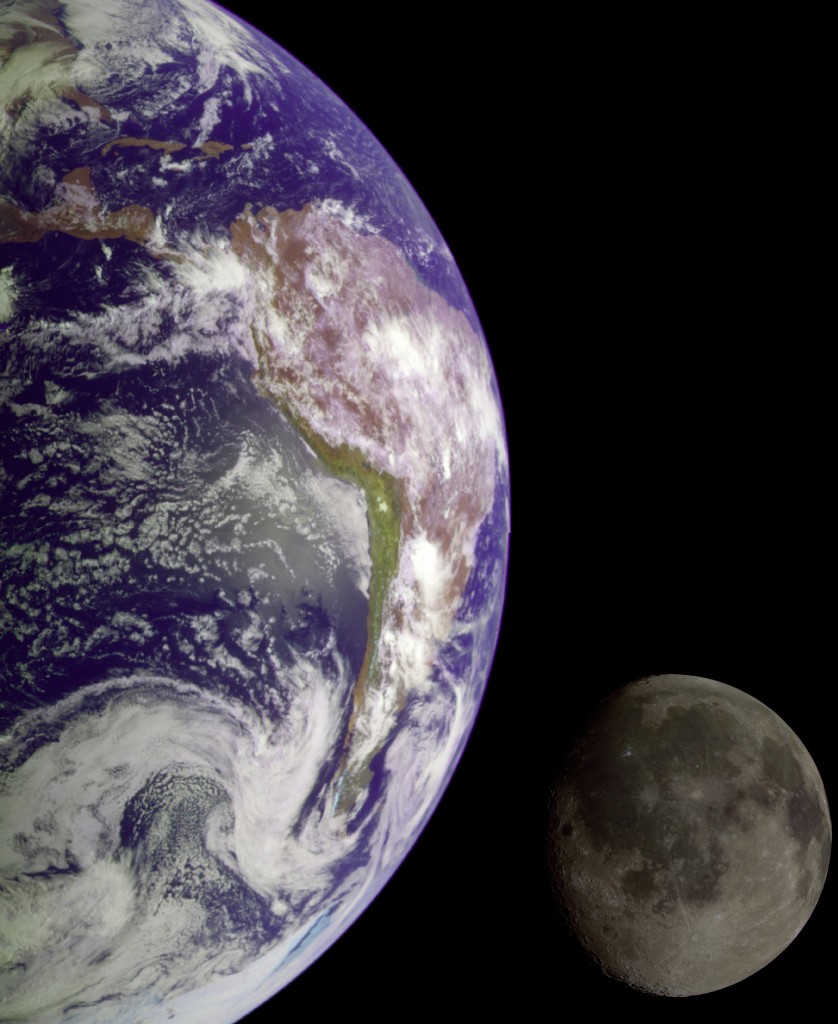 The Earth and Moon
During its flight, the Galileo spacecraft returned images of the Earth and Moon. Separate images of the Earth and Moon were combined to generate this view. The Galileo spacecraft took the images in 1992 on its way to explore the Jupiter system in 1995-97. The image shows a partial view of the Earth centered on the Pacific Ocean about latitude 20 degrees south. The west coast of South America can be observed as well as the Caribbean; swirling white cloud patterns indicate storms in the southeast Pacific. The distinct bright ray crater at the bottom of the Moon is the Tycho impact basin. The lunar dark areas are lava rock filled impact basins. This picture contains same scale and relative color/albedo images of the Earth and Moon. False colors via use of the 1-micron filter as red, 727-nm filter as green, and violet filter as blue. The Galileo project is managed for NASA’s Office of Space Science by the Jet Propulsion Laboratory.
Image # : PIA00342

Outer space has a very interesting legal history that is summarized on the ABA’s Space Law 101 page. Shortly after humanity developed the ability to fly airplanes, it was determined that a nation’s sovereignty extended vertically to include all airspace within its boundaries. 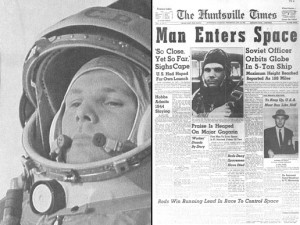 When the Soviet Union launched Sputnik 1, in 1957, it was unclear whether national boundaries would extend into outer space. If they did, Sputnik–and Yuri Gagarin–would have violated the sovereignty of many nations by orbiting the Earth, in the same manner as the United States would have when Alan Shepard orbited the Earth less than a year later. Thus, a distinction was made between spacecraft and aircraft that began the field of space law.

In 1967, the Treaty on Principles Governing the Activities of States in the Exploration and Use of Outer Space, Including the Moon and Other Celestial Bodies–often referred to much more simply as “the Outer Space Treaty”–established the framework upon which modern space law is built.

In the twentieth century, virtually all manned space activities were carried out by state agencies. Under space law, legal responsibility for space objects and personnel was assigned to the nation states. In recent years, however, we have witnessed the development of privatized space travel. The development of private companies going into space raises many interesting legal questions that will certainly be addressed over the coming years.

The space industry is responsible for many of the technological developments which we take for granted today. The Apollo Guidance Computer, for example, was one of the first integrated circuit-based computers. This allowed for a significant miniaturization of a computer that otherwise would have been far too large to fit into a space capsule. NASA has a list of technological benefits resulting from space exploration.

For more Space Law resources, check out the links below: