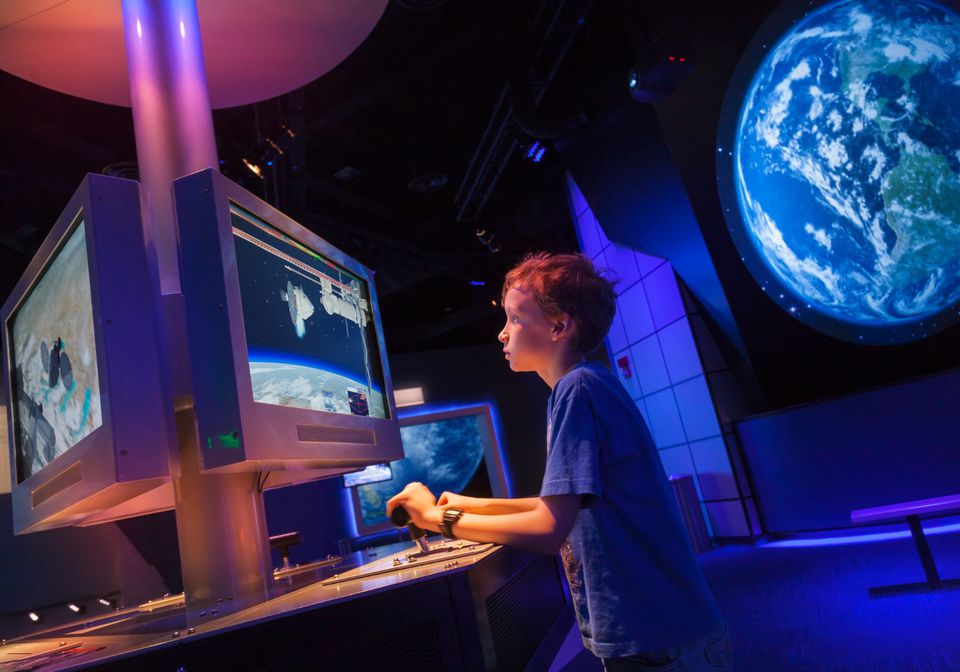 For any adult, child, or teenager fascinated by space exploration, a visit to the Kennedy Space Center (KSC) is a bucket-list destination. Since December 1968, the KSC has been NASA’s primary launch center of space flight. All historic launch operations for the Apollo, Skylab, and Space Shuttle programs were carried out from right here.

By 1969, the race to the moon was over, but the mission of space exploration continues today at the Kennedy Space Center, which makes it one of Florida’s most exciting places to visit. The 144,000-square-mile complex is located in Cape Canaveral, which is sometimes referred to as “Space Coast” and is located 35 miles east of Orlando. A trip to the Kennedy Space Center offers space-enthusiasts of all ages the opportunity to meet real life astronauts and maybe even catch a rocket launch.

Every part of the Kennedy Space Center’s visiting experience is family-friendly. KSC was designed to thrill kids with the history of the space program and inspire them to think about the future of space exploration.

The Kennedy Space Center Visitor Complex offers many exhibits and experiences, including a rocket garden, children’s play space, two IMAX theaters, Astronaut Hall of Fame, Astronaut Memorial, multiple cafes, gift shops, and much more. You can also purchase add-on VIP experiences such as Fly With An Astronaut, where you get to board the Shuttle Launch Experience with a veteran NASA astronaut at your side or Cosmic Quest, a live gaming experience that lets you find out what it’s like to perform scientific experiments aboard the International Space Station.

The general cost of admission also includes the Kennedy Space Bus Tour, which lasts 40 minutes. This guided bus tour of the restricted areas will take you past two giant launch pads, the Vehicle Assembly Building (one the largest buildings in the world), the 3.5 mile crushed-rock road along which the shuttles travel to the launch pad, and the gargantuan vehicles big enough to haul them. Busses depart every 15 minutes from the Visitor Complex.

During the tour, take time to get off the bus and spend a few hours in the Apollo/Saturn V Center, which has a fully restored 363-foot Saturn moon rocket on display. This is your chance to see the place where the Apollo moon missions were launched, and where today’s missions are still launched.

Also at the Apollo/Saturn V Center are the Lunar Surface Theater and the Firing Room Theater, which bring to life dramatic milestones in the Apollo moon landing series.

With so much to see, you’ll want to make sure you have plenty of time to experience everything the Kennedy Space Center has to offer. Here are some tips to take advantage of your visit.