Growing up gaming: The five space sims that defined my youth

Remembering the games that gave us wings and told us amazing stories in the stars. 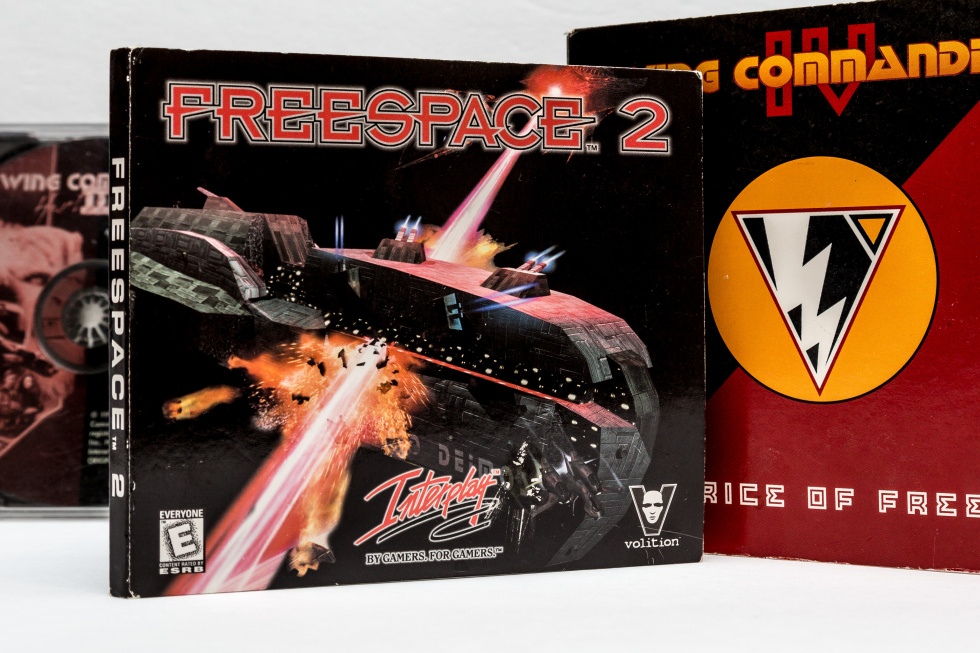 When reviewing Elite: Dangerous, I went with the headline “the best damn spaceship game I’ve ever played.” Naturally, a snarky commenter or two suggested that I obviously hadn’t played very many spaceship games. But that’s about as far from the truth as it’s possible to get—I’ve put in stick time with just about every major “you are flying a spaceship” game that’s come out in the past 30 years. As such, I had such high praise for Elite: Dangerous for two primary reasons: first, it’s a great game that puts you in the cockpit like few others have managed. But the other reason? This game was like giving water to a dying man in the desert. In my eyes, there hadn’t been a really good, hard-core, stick-n-throttle space sim to hit the market since 1999.

Sure, there’ve been space games in the 2000s. EVE Online is one of the biggest, but EVE Online isn’t a cockpit-centric game that you need a joystick to play right. Genre legend Chris Roberts—who’s currently hard at work on the massive sprawling thing that is Star Citizen—even gave us Freelancer in 2003. But the stick-n-throttle stickler has been effectively forgotten for fifteen years, bereft of AAA titles (no, the X series doesn’t count) until Elite: Dangerous was released last December.

It wasn’t always this way. As a space-obsessed kid growing up, I can demarcate my youth by Roberts’ game releases, which doubled as semi-annual reminders to upgrade your whole computer. I remember entire summers spent with LucasArts games, one year defeating the Empire in the cockpit of an X-Wing, and then a summer or two later switching sides and wiping out the Rebellion from the seat of a screaming TIE Defender prototype.

To help further contextualize Elite, we’re going to crank up the Nostalgia Machine and walk through five “tentpole” space combat games. The first couple served to set up what was possible, and the rest each did something incredible with their implementation and storytelling. While this exercise will first take us to the 1980s, it’s the 1990s where this gaming genre had its greatest hits. It all culminated in 1999’s Freespace 2—which was and remains the indisputable pinnacle of the genre, even today (and I’ll fight you out behind the cafeteria after class if you say otherwise).

As with any limited list of games, a lot will be left out. That’s OK. My choices are all major releases that any fan of the genre will recognize, but they’re all also mainstream choices. There’s no I-War in the list, even though it was the first game to do full inertial flight in a way that was fun to play (sorry, Frontier: First Encounters). There’s no Battlecruiser 3000 in the list, even though the mere mention of the title risks summoning Derek Smart from his cyberlair to debate with us in the comments (hi, Derek!).

Still, the following titles are the sine qua non of space combat—games without which EVE, Star Citizen, and Elite: Dangerous would not exist.

The great grand-daddy of them all is Ian Bell and David Braben’s Elite. Initially released for the BBC Micro and Acorn Electron home computers (devices that will be familiar to thirtysomethings from the UK and few else), Elite put players in the role of Commander Jameson, a faceless pilot with a brand new Cobra Mk. III starship and 100 credits to his (or her!) name. Elite sold well and was quickly ported to all the popular platforms of the day—Commodore, Apple II, Atari ST, and IBM PC.

By 1984, Microsoft had already released a few versions of its Flight Simulator, but Elite was the first time players could enter the cockpit of an actual spaceship. Although Elite was very light on story, it had a solid reward loop that kept players hooked: trade, fight, or blast asteroids for credits. Invest credits in upgrading ship. Use upgraded ship to trade, fight, or blast asteroids faster. Repeat.

The game’s goal was to raise your pilot’s rating to the eponymous “elite” status, which could only be done by killing a certain number of NPC spaceships (the number required varied in the different game versions). This took… well, many, many hours.