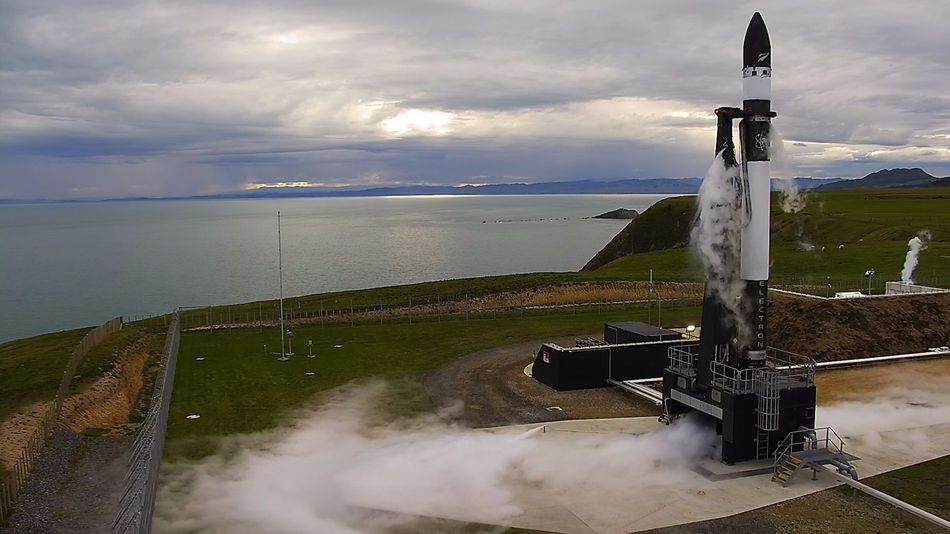 Almost any space nerd will tell you that the future of the space industry hinges upon private spaceflight.

Of course, almost anyone with an interest in tech and space knows about Elon Musk’s SpaceX or Jeff Bezos’ Blue Origin, two heavy-hitters in the commercial spaceflight industry.

But what about the other, less known, less accomplished, yet still important companies out there hoping to leave their marks on spaceflight?

Here are a few of the space companies you should be keeping a close eye on in the future.

What do they want to do? In short, Moon Express wants to mine the moon.

The company, which has been around since 2010, just unveiled its plan to launch a mission to the moon by 2020 that will harvest material from the moon and bring it back to Earth.

Before that mission, however, Moon Express plans to launch multiple other missions to the lunar surface in preparation for its prospecting future.

The company’s Lunar Scout mission is designed, in part, to compete for the $30 million Google Lunar X Prize, to be given to the first private team to land a spacecraft on the moon and perform a series of tasks.

Can they do it? They certainly could! Moon Express has been consistently working toward its lunar goals for years, and they seem to have money and even some government support for their missions. The company has also already won milestone prizes as part of the X Prize competition.

Why haven’t you heard of them? While Moon Express’s mission is pretty sexy, they haven’t yet launched a spacecraft, so coverage of their work tends to be more sporadic.

What do they want to do? Relatively Space hopes to one day create rockets that will reduce the cost of launching payloads to space.

That goal sounds familiar — *cough* SpaceX, *cough* Blue Origin — but Relativity’s co-founders learned from those two spaceflight giants, taking what they know to a company of their own making.

We got a little more information about Relativity this week when CEO Tim Ellis testified before the Senate science committee.

“We are creating a new launch service for orbital payloads enabled by never-seen-before technologies, allowing for a high degree of launch schedule certainty at significantly reduced cost,” Ellis said in prepared remarks.

“The ability to get back and forth from space inexpensively and on a reliable launch schedule will unleash not only economic opportunities on Earth and beyond, but also push forward humankind’s desire to explore the heavens we have gazed at in wonder for thousands of years.”

Relativity is pretty short on details at the moment, but at some point in the not-too-distant future, expect an announcement about what it is they really want to do.

Can they do it? Who knows! Maybe? We need a little more information about what they want to do before we make a call on that.

Why haven’t you heard of them? Relativity is still in “stealth mode” at the moment, so don’t expect to hear much more about the rocket company until they come out from the shadows.

What do they want to do? It’s good to think of Virgin Orbit as Virgin Galactic’s cool cousin with something to prove.

The company — which was spun off from Virgin Galactic earlier this year — is planning to start launching small satellites for space for companies in the coming years.

“Cosmic Girl will carry LauncherOne to at an altitude of approximately 35,000 feet before release for its rocket-powered flight to orbit,” Virgin Orbit says on its website.

“Starting each mission with an airplane rather than a traditional ground-based launch pad offers performance benefits in terms of payload capacity, but more importantly, air-launch offers an unparalleled level of flexibility.”

Can they do it? Probably! Many industry watchers think that small satellites are the future of commercial spaceflight, so this is a good market to enter into. It all hinges upon whether Virgin Orbit will be able to make its plane-flown launcher work.

Why haven’t you heard of them? Because Virgin Orbit is a pretty new part of Virgin, it makes sense that you haven’t heard much about them yet. Keep an eye out in the future though, they could be going places.

What do they want to do? Rocket Lab is another company set on launching small payloads to space for a variety of customers around the world.

The company’s Electron rocket has already flown its first test flight, and while it wasn’t a total success, it did help mission controllers gather more data about what they can do to make it all work perfectly next time.

Rocket Lab already has some high-profile launch customers on the books, including Moon Express, which hopes to use the Electron to launch its first mission to the moon later this year.

Can they do it? Only time will tell. Rocket Lab has a lot of support in the industry, and its focus on small satellites could play to its advantage.

Why haven’t you heard of them? Rocket Lab is relatively new to the launch game, and because it hasn’t yet sent a payload to space for a customer, the company is still flying a bit under the radar.