At 9:58 a.m. this morning (Friday May 11), technicians unplugged Space Shuttle Endeavour marking the final power down of NASA’s last powered orbiter and termination of all power flowing to the flight deck. Today, Endeavour was euthanized. The flight deck went dark for the last time as Endeavour is being prepped inside Orbiter Processing Facility-2 (OPF-2) for final departure from the Kennedy Space Center later this year and display at her final resting place in Los Angeles.

As Endeavour was powered back up this past week for one final time to carry out decommissioning and safing activities, a tiny media group was invited to crawl inside and photographically record the flight deck as a living spaceship for the last time in history. Ken Kremer and Mike Deep were honored to receive a NASA invitation and to represent Universe Today and we share our photos of Endeavour’s last flight deck power-up here.

The blue display screens used by the Shuttle Commander and Pilot were real, lit and vividly moving before my eyes, dials were active and shining and multitudes of critical gauges lined the cabin all over from front to back, left to right , top to bottom. Endeavour was the youngest in NASA’s fleet of three surviving orbiters and designated as vehicle OV-105. She flew 25 missions over a spaceflight career that spanned 19 years from the inaugural flight in 1992 to the final flight in 2011 to deliver the dark matter hunting Alpha Magnetic Spectrometer (AMS) to the International Space Station (ISS). Altogether, Endeavour spent 299 days in space, orbited the Earth 4671 times and traveled over 197 million kilometers (123 million mi).

Endeavour’s power termination on May 11, 2012 comes almost exactly one year since her final launch on the 16 day long STS-134 mission on May 16, 2011. Since then technicians have been removing hazardous materials and propellants from the orbiters hydraulic and fuel lines and thoroughly cleansing Endeavour to make it safe for museum display to the general public. The power must be on to drain and purge the toxic materials. This week I watched as technicians removed components of Endeavours fuel lines from the aft compartments that might possibly be reused at some future date inside NASA’s new Heavy Lift rocket, dubbed the SLS or Space Launch System.

Power to NASA’s two other orbiters, Discovery and Atlantis, was terminated in December on the 16th and 22rd respectively. Read my earlier story at Universe Today, here.

Following the forced retirement of the Space Shuttle Program for lack of money after the STS-135 mission in July 2011, all three orbiters were cleansed and purged of toxic contaminants in preparation for their final assignment as museum pieces.

The orbiters had a lot of usable life left in them, having flown barely a third of the 100 mission design lifetime.

Discovery was the first orbiter to leave the Kennedy Space Center. On April 17, Discovery was flown atop a modified Boeing 747 jumbo Jet to the Smithsonian’s Udvar-Hazy Center outside Washington, DC. Discovery was towed inside the museum on April 19 and placed on permanent public display.

Since the conclusion of the Space Shuttle Program, the US has had absolutely zero capability to send astronauts or cargo to the International Space Station. For at least another 4 or 5 years, the US will be completely reliant on the Russians to ferry American astronauts to the ISS until around 2016 or 2017 when NASA’s hopes that one or more of the privately developed commercial “space taxis” will be ready to launch.

Devastating and continuous cuts to NASA’s budget by visionless politicians in Washington, DC have forced repeated delays to the initial launch of the commercial crew spacecraft- such as the SpaceX Dragon. Dr. Ken Kremer aboard the USS Starship Endeavour in dry dock at the Kennedy Space Center and at the conclusion of her 19 year mission to boldly go where no NASA Space Shuttle has gone before !

To be one of the last humans on Earth present as an eyewitness to the historic last power up of the last living shuttle – Endeavour – while standing immersed inside the astronauts flight deck and experience what are truly the final days of NASA’s 30 year long Space Shuttle Program was simultaneously humbling, thrilling beyond words and incredibly sad – for all the missions that might yet have been and the Exploration and Discovery that’s yet to be accomplished on the High Frontier.

“Euthanized” is the perfect word for this article!

“Euthanized” is the perfect word for this article!

I was going to ask how big is the user’s guide for the space shuttle, but then I Googled, and now downloading it It’s only 41MB..

It is sad however, with construction of the ISS complete, they served out their intended purpose and retirement was the only prudent move. Would not be practical, as in cost, to use them to ferry personnel and supplies .

“You can’t appreciate the good without knowing the bad”

Endeavour have it’s own history.. the next progress in space technology vehicle cannot be reach without the Endeavour.

How about a high-res version to use as a desktop?

Endeavour spent 299 days in space, covering 197 million km. and went precisely… nowhere. The shuttles are, undoubtedly, beautiful machines. They are also 1970s technology which completely failed to fulfill the promise issued at their birth of easy and cheap access to space. They were horrifically expensive to operate and maintain. Congress’s unwillingness to allocate sufficient funds to NASA to both run the shuttle and develop something new led to its demise. Now Congress has NASA wasting our money on the rocket-to-nowhere SLS. Human spaceflight is no longer where NASA has its comparative advantage. They should be well funded to do planetary research, astrophysics, and basic research. Share their research with hungry young companies like SpaceX (which is, indeed, what they are doing) and stand back while SpaceX and its brethren get us to Mars in 20 years or less. I do not mourn the passing of the shuttles. I am thrilled by the new adventures made possible by their passing. On to Mars!

There is a sort of lament with seeing the shuttle program canceled. The shuttle program has been a factor since my high school years. The end of the program did have to happen, for these machines were becoming aged and probably less reliable. It does have to be pointed out that outside of a rather small number of service missions the space shuttle accomplished rather little. A 30 year program did manage to create a technical knowledge base on how to service space systems, which is now being lost. However, most of the shuttle missions accomplished very little.

This of course leads to the biggest task the shuttle was set to. The next big manned space system to go is the ISS, which was a destination for space shuttle and the space shuttle was mission tasked to build the destination. Without the space shuttle we now rely upon the Russian Soyuz. Whereas before we had a big service spacecraft, it is now reduced to a soda straw. The Space-X stuff will only marginally make things a bit better. The Dragon capsule will not replace the shuttle, and it may prove to only replace the Russian manned space flight program if that goes belly up — something which could happen here before long. The ISS will last through the Obama administration if he is reelected this year. He will leave the cancellation of US role in the ISS for the next GOP administration, just as he is clearly timing the implosion of Afghanistan for the time after end of his administration in 2016. In 2001 we watched the Mir space station burn up in the atmosphere, and it may only be 5 to 10 years before we watch the same with the ISS.

I suspect the majority of people who will ever travel into space have already done so. The Chinese may try to capture the manned space frontier as the US and Russian manned space programs fold up. They may even put a few of their taikonauts on the moon, and they will likely send taikonauts to their Salute knock-off space station in the next year. However, they will confront the expense and negative payback from this and I suspect the Chinese too will give it up.

Here’s hoping Dragon gets off OK Saturday. I wonder if it will video its approach and flyby of the ISS before the decision to dock. 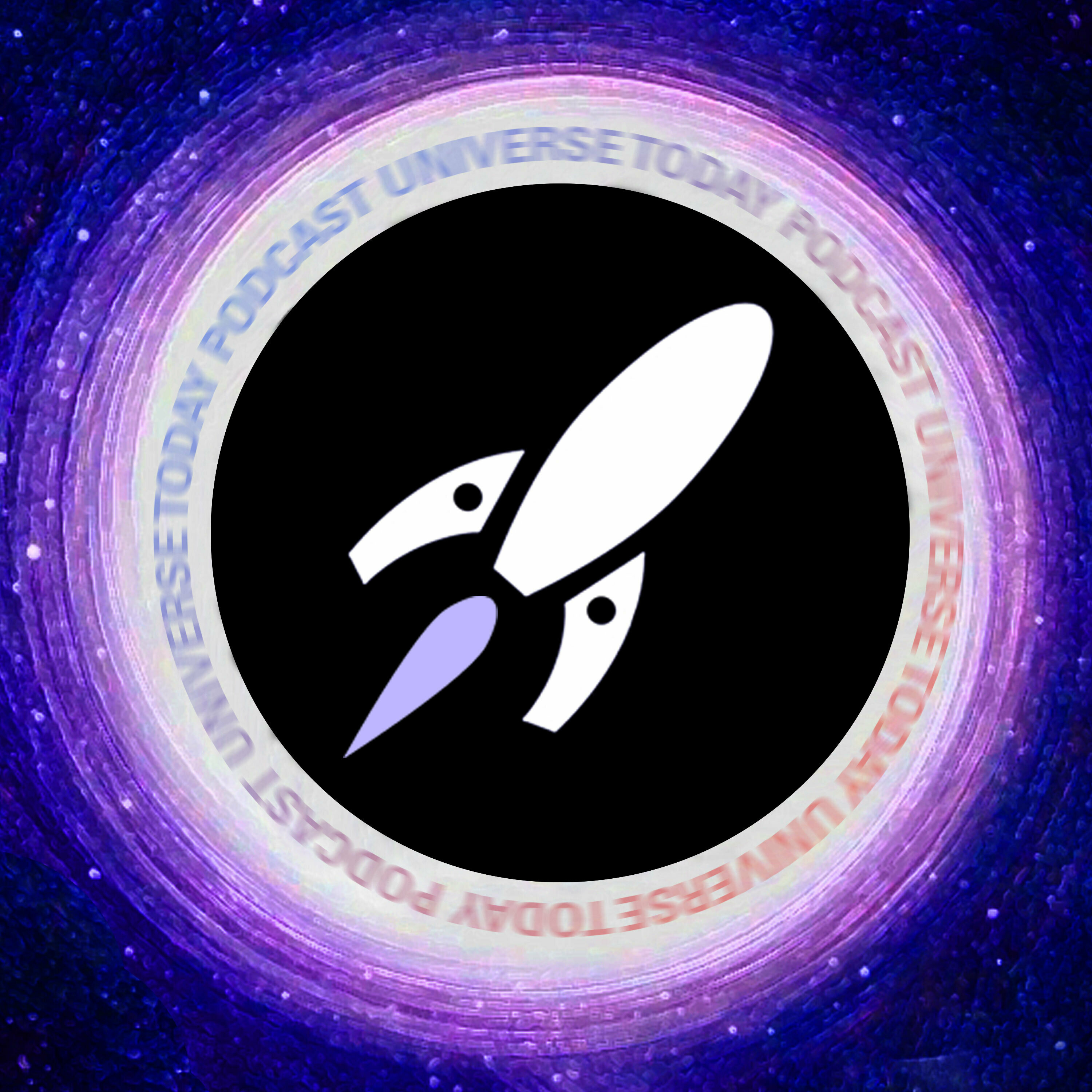