As commercial spaceflight takes off, the aviation industry gets protective of airspace

Share All sharing options for: As commercial spaceflight takes off, the aviation industry gets protective of airspace

For decades, airplanes and rockets have shared the skies in peace — but recently, satellite launches have started to irk the aviation industry. Whenever a rocket soars to space, it must pass through the airspace that thousands of pilots fly through every day, sometimes causing planes to reroute to avoid a spacecraft zooming into the sky. Now, the aviation industry wants to make some changes, ones that commercial space advocates say could fundamentally change the launch industry.

The cadence of orbital launches has grown in recent years, which means the airspace is being closed more frequently for spaceflight, causing more pilots to divert from their pre-approved routes and take less efficient paths to their destinations. And with the advent of reusable rockets, pilots now have to make way for spaceflight reentries, too — when a rocket comes back from space after launch and lands on the ground. Experts from both industries are trying to figure out how to coexist without too much disruption. But they’re at odds on how to move forward.

This topic was the subject of a Senate hearing last week. Representatives for the commercial space industry argued that the Federal Aviation Administration needs technology upgrades, which will allow air traffic controllers to incorporate real-time data from rocket launches into flight patterns and will only shut down the airspace for brief periods of time for each flight.

“The FAA uses decades-old analysis and air traffic control tools to segregate the airspace around a launch or reentry,” Eric Stallmer, the president of the Commercial Spaceflight Federation, which represents dozens of commercial spaceflight companies, said at the hearing. “Simply stated: we close too much airspace for too long without providing real-time information about the launch and reentry to the air traffic controllers.” 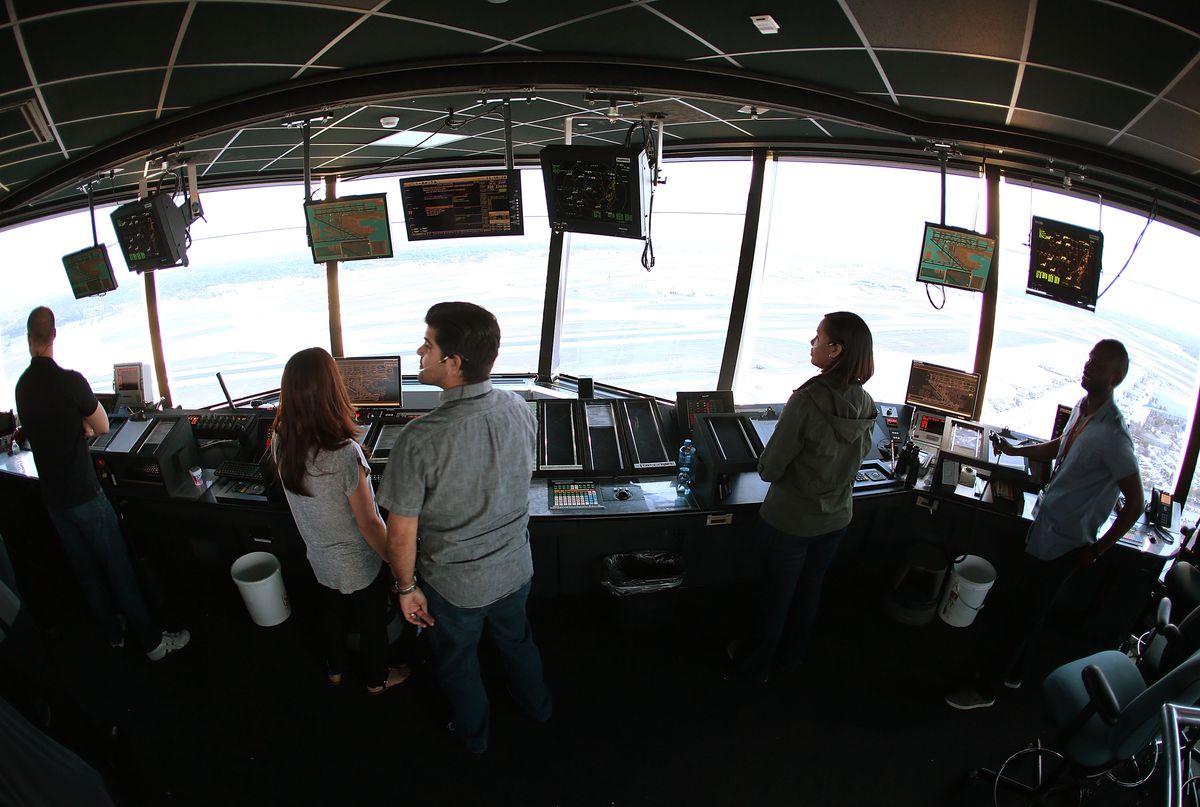 Getting new technology in the hands of the FAA is something that the aviation industry agrees with, too. But aviation lobbyists also want to take things a step further. Right now, commercial space is regulated under Title 51 in the United States Code, which doesn’t require the same regulatory and safety standards as aviation. But the aviation industry wants commercial space to be subjected to the same safety regulations as the airlines —under Title 49 — giving the FAA full authority over rocket licensing and safety as if they were airplanes.

“For the time that commercial space occupies the National Airspace System, we want them to be subject to the full authority of the Federal Aviation Administration to regulate them for safety and efficiency,” Sharon Pinkerton, senior vice president for legislative and regulatory policy at Airlines for America, tells The Verge.

Commercial space advocates say that would be extremely limiting to an industry that has not been around as long as commercial aviation. And the rules and regulations that guide airplanes could conflict with how rockets are developed. “We’re not aviation. We’re commercial space transportation,” Jim Muncy, founder of PoliSpace, a space policy consulting agency, tells The Verge. “If you put us under aviation law, you’re basically saying we have to meet potentially conflicting sets of regulations and conflicting sets of goals.”

The moment that seemingly sparked this battle for the skies was the inaugural launch of SpaceX’s Falcon Heavy, which caused planes near Florida to reroute for a big chunk of time in February of 2018. The flight, the very first test launch of the vehicle, had a federally approved launch window that lasted for two and a half hours, from 1:30PM ET to 4:00PM ET. The rocket could have taken off at any time within that stretch. The Falcon Heavy didn’t need the entire time to launch, though, as it takes just about 10 minutes or so to get to space. But SpaceX wound up using most of that time, as strong winds in the upper atmosphere kept delaying the takeoff to later in the window. So instead of launching right at 1:30PM ET, the rocket launched at 3:45PM ET.

Meanwhile, the FAA did not have the ability to reopen the airspace during the delays. So the air around the launch site remained restricted, while the Falcon Heavy sat on the ground. As a result, flights around the Orlando area suffered disruption. Up to 563 flights experienced delays that day, and planes had to fly an extra 34,841 nautical miles in total, according to the FAA. “Think of all those extra emissions,” says Pinkerton. 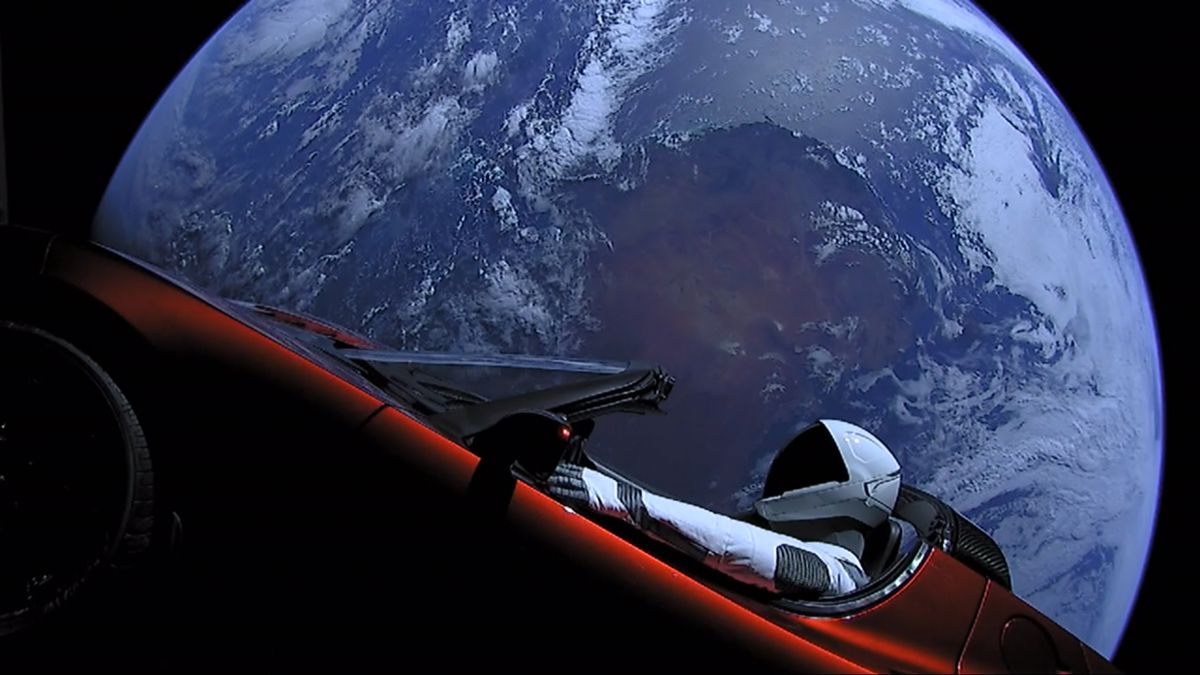 It also didn’t help that the Falcon Heavy’s payload was SpaceX CEO Elon Musk’s car. “If you actually look at the data for the week, weather impacts and impacts from the air traffic control system itself having problems made the total amount of delays worse every other day that week,” says Muncy. “But because it was Elon Musk launching his Roadster to Mars, which might have attracted some media attention, a whole lot of airlines said ‘What the eff?’ Why are we delaying our planes for this?’”

The Falcon Heavy flight was an anomaly in the launch world, though. Its airspace restrictions are larger since it’s a bigger rocket than most, and the launch window was longer too since the flight wasn’t tied to any specific orbit or mission. “That was a test launch,” argues Muncy. “They had a longer window for the launch than most of SpaceX’s launches.” Plus, most companies try to launch at the very beginning of a launch window if possible, unless there are weather concerns or technical problems.

And although launches are increasing in frequency, commercial spaceflight numbers still pale in comparison to the average amount of airline flights per day. It took more than a year for the Falcon Heavy to fly again. In 2018, a record total of 31 rockets launched to orbit from the United States, while 14 vehicles made reentries back to Earth. A handful more flew to suborbital space and back. That’s a small number next to the 15.5 million aviation flights that occurred in the US in 2018.

Launches are increasing, though, and as launch costs come down, the barrier to spaceflight will become lower than it has been in decades. “We’re anticipating rapid growth in commercial space,” says Pinkerton. “And that’s great. But with that, we can’t continue to have these types of impacts.”

The Commercial Spaceflight Federation agrees that changes do need to be made. Right now, the Air Force’s Joint Space Operations Group gets updates on launch times over the phone or by email and then sends that information, on paper, to the FAA, according to the agency. This can result in what happened during the first Falcon Heavy flight: planes have to divert over airspace that doesn’t need to be cleared. That’s why the FAA is working on a new technology called the Space Data Integrator, or SDI. It’s a software system that will gather data about launches and reentries, based on radar and sensor measurements. That information will then be sent to computers, which can calculate the amount of airspace area that needs to be closed to make sure airplanes are safe.

“When deployed, SDI will enable the FAA to safely reduce the amount of airspace that must be closed to other users and more quickly release airspace that is no longer a risk as a mission progresses,” Wayne Monteith, the FAA’s associate administrator for commercial space transportation, said during last week’s hearing.

Developing SDI into an effective tool that air traffic control operators know how to use is just one of numerous recommendations that CSF is proposing to help the aviation industry and commercial space industry work together peacefully. But it’s not just more frequent flights that has the aviation industry spooked. Another point of contention is that more commercial spaceports have been getting licenses to launch space-bound vehicles throughout the US. One such spaceport that’s scared the aviation crowd is a Colorado-based airport and spaceport five miles outside of the Denver International Airport. “Think about all of the traffic that goes over that part of the country, and it is significant,” says Pinkerton.

The irony of this spaceport, dubbed the Colorado Air and Space Port, is that no space vehicle can currently launch from the site. The facility only has a horizontal launch license, so your typical Falcon 9 rocket or Atlas V rocket, which takes off vertically, can’t fly out of the area. The only types of vehicles that could launch from this facility are those that take off like a plane, fly to suborbital space, and then land back on Earth like a traditional plane. Such vehicle concepts have been proposed for cutting down travel time to locations on the other side of the globe. But this type of spacecraft doesn’t exist yet, and it seems that no such vehicle is currently in development.

Still, the fact that the facility received a commercial spaceport license at all in 2018 did not sit well with the industry. “We do like to think ahead,” says Pinkerton, who says there are concerns of what could be developed for the spaceport someday. That’s why aviation groups like Airlines for America (A4A) and the Air Line Pilots Association are advocating for policy changes in addition to new FAA tools. “We don’t think it makes sense to license a spaceport without really understanding the potential for the operations that are coming out of there,” says Pinkerton.

Things may come to a head in a few weeks as Sen. Ted Cruz (R-TX) and members of the Senate Commerce Committee try to pass a new bill called the Space Frontier Act, which aims to reform how commercial space launches are licensed.

The legislation is a resurrected version of a bill from last year, also called the Space Frontier Act, which passed in the Senate but failed in the House. The original bill’s failure can be blamed, in part, on a memo by Rep. Peter DeFazio (D-OR), chairman of the House Transportation and Infrastructure Committee. The memo argued that the legislation would endanger the national airspace by helping to increase the frequency of launches. DeFazio also made his animosity toward commercial human spaceflight known in later interviews. “I’m not going to inconvenience hundreds of thousands of people so some rich person who can pay $250,000 to be weightless for six minutes can have a fun day,” DeFazio told Politico. “They can go at 3 o’clock in the morning from a remote area.”

Now commercial space advocates are trying again with this second version of the Space Frontier Act. But A4A would like the bill to go further in ways that the Commercial Spaceflight Federation and others do not want, perhaps calling for new wording that would allow the FAA to regulate rocket launches similar to how the agency regulates airplanes. Right now, the FAA can only consider how a rocket launch would affect the safety of people and property when issuing a license. But the aviation industry wants the FAA to consider things like airspace efficiency and airspace safety. “Our real question for them is: can you give us an example of what that would mean?” says Muncy.

The commercial space industry has benefited from light regulation for decades now, but soon certain companies will start flying human tourists to suborbital space, whether it’s on Blue Origin’s New Shepard or Virgin Galactic’s VSS Unity. The aviation industry thinks it’s only fair that the same safety standards should apply. “Those people and the crew that are on commercial space rockets are not subject to the same safety and efficiency standards that commercial aviation is,” says Pinkerton. “And we’re very proud of our safety records.”

But that is a non-starter for the rocket supporters. “We won’t accept that because we’re not commercial aviation,” says Muncy. “We are briefly users of the airspace for about a minute on the way up and about a minute and a half on the way down.” Whether those few moments are long enough to make a difference will be up to Congress.