Apollo, project conducted by the U.S. National Aeronautics and Space Administration (NASA) in the 1960s and ’70s that landed the first humans on the Moon. 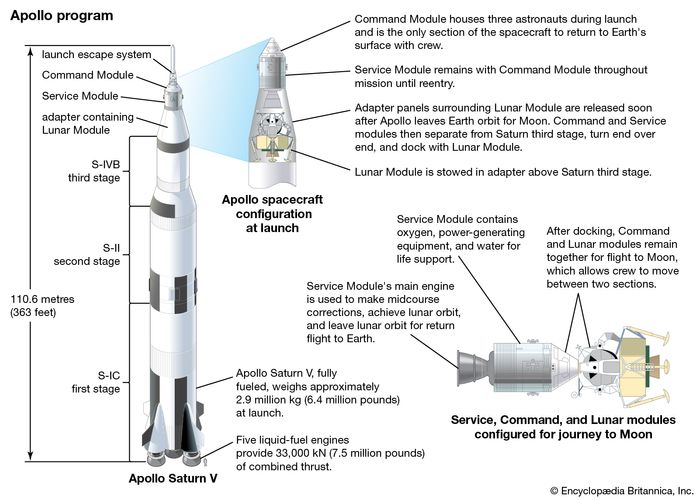 In May 1961 Pres. John F. Kennedy committed America to landing astronauts on the Moon by 1970. The choice among competing techniques for achieving a Moon landing and return was not resolved until considerable further study. Three methods were considered. In direct ascent, one vehicle would lift off from Earth, land on the Moon, and return. However, the proposed Nova rocket would not be ready by 1970. In Earth orbit rendezvous, a spacecraft carrying the crew would dock in Earth orbit with the propulsion unit that would carry enough fuel to go to the Moon. However, this method required two separate launches.

In the method ultimately employed, lunar orbit rendezvous, a powerful launch vehicle (Saturn V rocket) placed a 50-ton spacecraft in a lunar trajectory. The spacecraft had three parts. The conical command module (CM) carried three astronauts. The service module (SM) was attached to the back of the CM and carried its fuel and power to form the command/service module (CSM). Docked to the front of the CSM was the lunar module (LM). One astronaut stayed in the CSM while the other two landed on the Moon in the LM. The LM had a descent stage and an ascent stage. The descent stage was left on the Moon, and the astronauts returned to the CSM in the ascent stage, which was discarded in lunar orbit. The LM was flown only in the vacuum of space, so aerodynamic considerations did not affect its design. (Thus, the LM has been called the first “true” spacecraft.) Before reentering Earth’s atmosphere, the SM was jettisoned to burn up. The CM splashed down in the ocean. The lunar orbit rendezvous had the advantages of requiring only one rocket and of saving fuel and mass since the LM did not need to return to Earth. 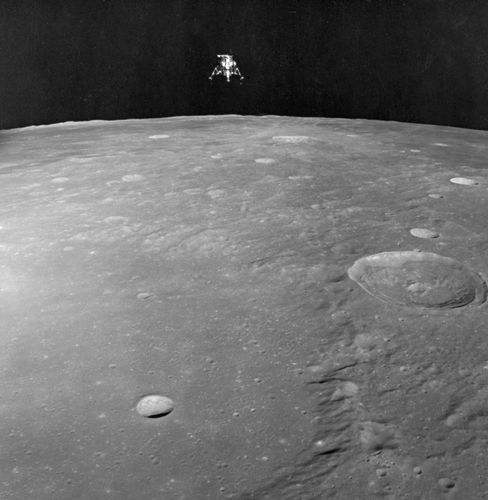 Uncrewed missions testing Apollo and the Saturn rocket began in February 1966. The first crewed Apollo flight was delayed by a tragic accident, a fire that broke out in the Apollo 1 spacecraft during a ground rehearsal on January 27, 1967, killing astronauts Virgil Grissom, Edward White, and Roger Chaffee. NASA responded by delaying the program to make changes such as not using a pure oxygen atmosphere at launch and replacing the CM hatch with one that could be opened quickly. 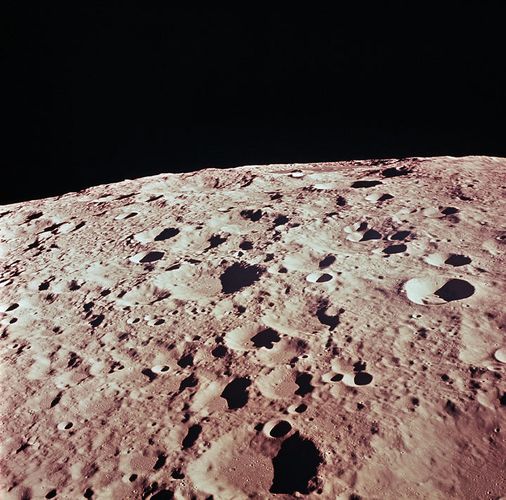 In October 1968, following several uncrewed Earth-orbit flights, Apollo 7 made a 163-orbit flight carrying a full crew of three astronauts. Apollo 8 carried out the first step of crewed lunar exploration: from Earth orbit it was injected into a lunar trajectory, completed lunar orbit, and returned safely to Earth. Apollo 9 carried out a prolonged mission in Earth orbit to check out the LM. Apollo 10 journeyed to lunar orbit and tested the LM to within 15.2 km (9.4 miles) of the Moon’s surface. Apollo 11, in July 1969, climaxed the step-by-step procedure with a lunar landing; on July 20 astronaut Neil Armstrong and then Edwin (“Buzz”) Aldrin became the first humans to set foot on the Moon’s surface.

Apollo 13, launched in April 1970, suffered an accident caused by an explosion in an oxygen tank but returned safely to Earth. Remaining Apollo missions carried out extensive exploration of the lunar surface, collecting 382 kg (842 pounds) of Moon rocks and installing many instruments for scientific research, such as the solar wind experiment and the seismographic measurements of the lunar surface. Beginning with Apollo 15, astronauts drove a lunar rover on the Moon. Apollo 17, the final flight of the program, took place in December 1972. In total, 12 American astronauts walked on the Moon during the six successful lunar landing missions of the Apollo program. 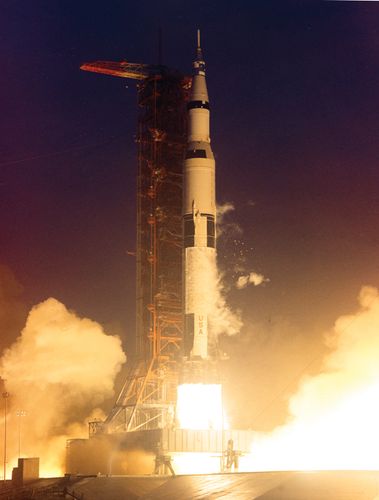 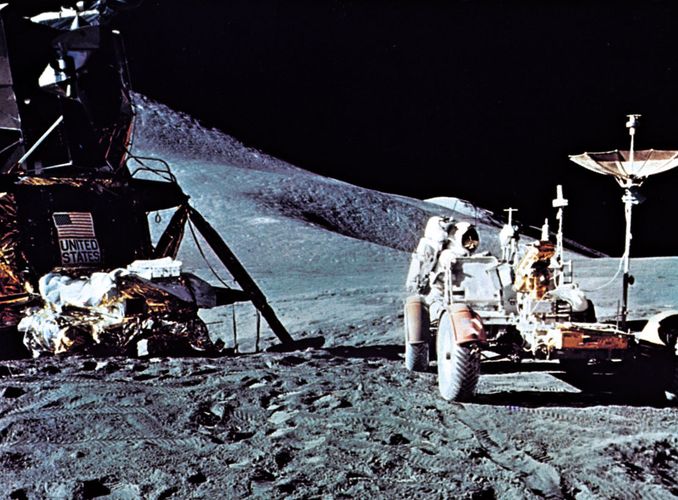 Apollo CSMs were used in 1973 and 1974 in the Skylab program to take astronauts to an orbiting space station. In July 1975 an Apollo CSM docked with a Soviet Soyuz in the last flight of an Apollo spacecraft.

A chronology of spaceflights in the Apollo program is shown in the table.