From the archives: A handy reference to each station in the Apollo Mission Control room. 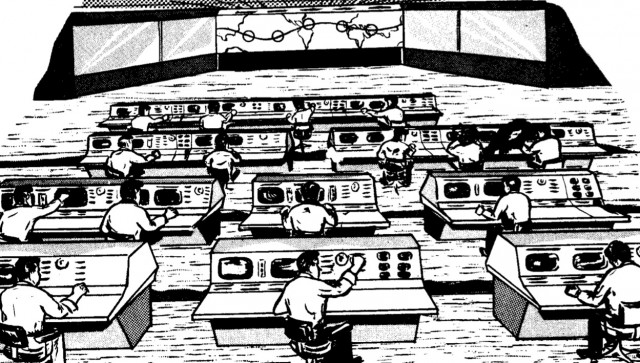 Ars recently had the opportunity to spend some quality time touring the restored Apollo “Mission Control” room at the Johnson Space Center in Houston, Texas. We talked with Sy Liebergot, a retired NASA flight controller who took part in some of the most famous manned space flight missions of all time, including Apollo 11 and Apollo 13. The feature article “Going boldly: Behind the scenes at NASA’s hallowed Mission Control Center” goes in depth on what “Mission Control” did during Apollo and how it all worked, but there just wasn’t room to fit in detailed descriptions and diagrams of all of the different flight controller consoles—I’m no John Siracusa, after all!

But Ars readers love space, and there was so much extra information that I couldn’t sit on it. So this is a station-by-station tour of Historical Mission Operations Control Room 2, or “MOCR 2.” As mentioned in the feature, MOCR 2 was used for almost every Gemini and Apollo flight, and in the late 1990s was restored to its Apollo-era appearance. You can visit it if you’re in Houston, but you won’t get any closer than the glassed-in visitor gallery in the back, and that’s just not close enough. Strap yourselves in and prepare for an up-close look at the MOCR consoles, Ars style. 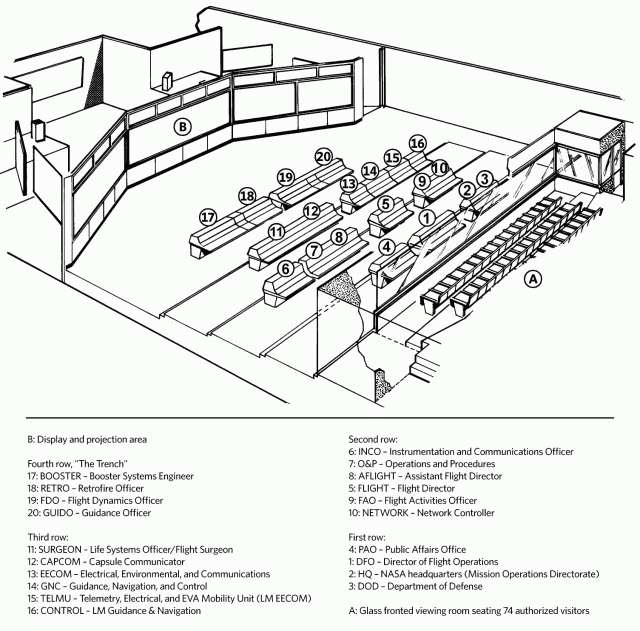 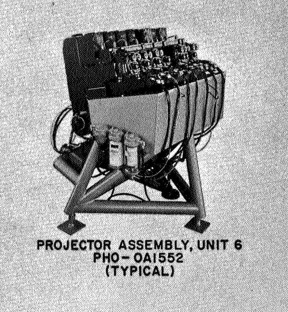 MOCR 2 is dominated by five large rear-projection displays at the front, which are topped by nine smaller displays showing chronographic information. The large center display, called the “ten by twenty” by Sy Liebergot (it measures 10 feet tall and 20 feet wide) was primarily used to display the vehicle’s position and status during the current phase of the mission, using a complex system of physical slides overlaid on plots or columns of numbers. Housed at several positions within the projection space behind the screens were powerful quartz-lamp Eidophor video projectors, which bounced images off of mirrors and up onto the screen surfaces.

The side screens could be used to display the same channels as the individual console screens; Sy noted that during Apollo, the left-most screens might be set to display the vehicle command history and the current page of the flight plan; the right-most Eidophor was used to display television images, either from cameras used during the mission or from network TV channels when needed. The mainframe-generated, slide-overlaid images the Eidophors projected up onto the screens were quite crisp and clear.