7 Accidents and Disasters in Spaceflight History

Closed quarters, vehicles faster than the speed of sound, zero gravity, and extremely volatile rockets. Do any of these things sound particularly prone to accidents? Space travel is tricky work that takes careful calculations and even more careful actions when situations get tough. Here is a list of seven accidents and disasters that have occurred during space expeditions. 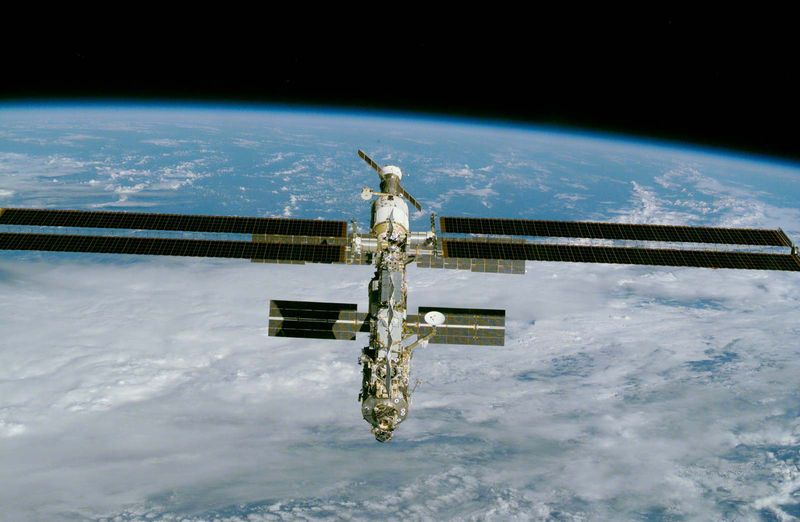 Luca Parmitano, an Italian astronaut with the European Space Agency, took on a bit of water as he was working outside of the International Space Station (ISS) on July 16, 2013. During a spacewalk on the 36th expedition to the ISS, Parmitano’s helmet began to unexpectedly fill with liquid, and, being in space, the water was free to float around his entire head, eventually making it impossible for him to hear or speak to the other astronauts. Though it might seem like the solution to Parmitano’s problem was obvious, alas, the water was not from a drinking bag but from a leak in a liquid coolant system and would not have been the safest thing to drink. Plus, imagine drinking water that is floating freely in the air—doesn’t seem so easy. The spacewalk continued for over an hour before he was back in the ISS and free from his wetsuit, completely unharmed but in need of a fresh towel (which he received promptly). The accident and subsequent cancellation of the spacewalk made it the second shortest spacewalk in the station’s history. 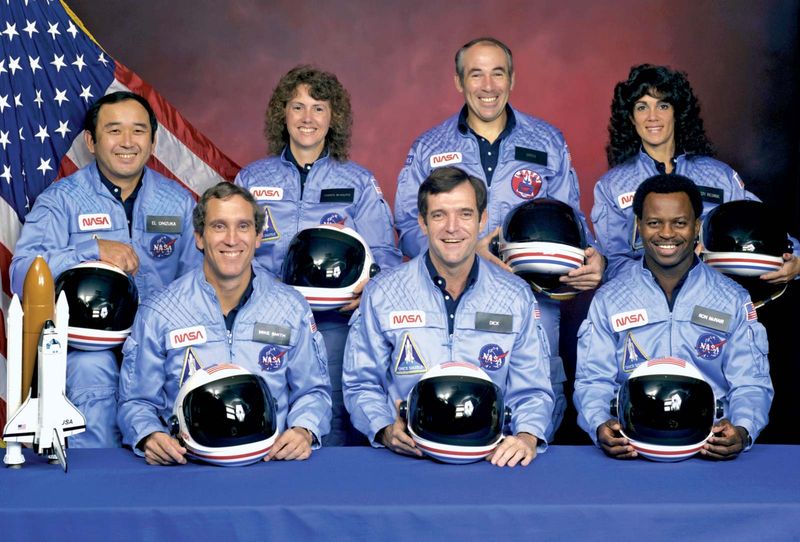 The space shuttle Challenger disaster that occurred on January 28, 1986, marked one of the most devastating days in the history of space exploration. Just over a minute after the space shuttle lifted off, a malfunction in the spacecraft’s O-rings—rubber seals that separated its rocket boosters—caused a fire to start that destabilized the boosters and spread up the rocket itself. The shuttle was moving faster than the speed of sound and quickly began to break apart. The disaster led to the deaths of all astronauts on board, including civilian Christa McAuliffe, a participant in NASA’s Teacher in Space project who was to teach classes and perform experiments while in space. The extended mission of the shuttle included deployment of satellites and the test of tools for studying astronomy and Halley’s Comet. The shuttle’s launch was not widely televised, but the explosion and breakup of the shuttle was visible to spectators on the ground. The launch itself, performed in 26 °F (−3 °C) weather, was predicted to encounter issues by members of the engineering team who knew of the dangers posed to O-rings by such low temperatures. Despite vocalizing these concerns, the mission continued as planned because NASA was against delaying the shuttle’s launch any more, as it had already been delayed multiple times. The disaster resulted in the temporary suspension of the space shuttle program and the creation of the Rogers Commission to determine the cause and fault of the disaster. 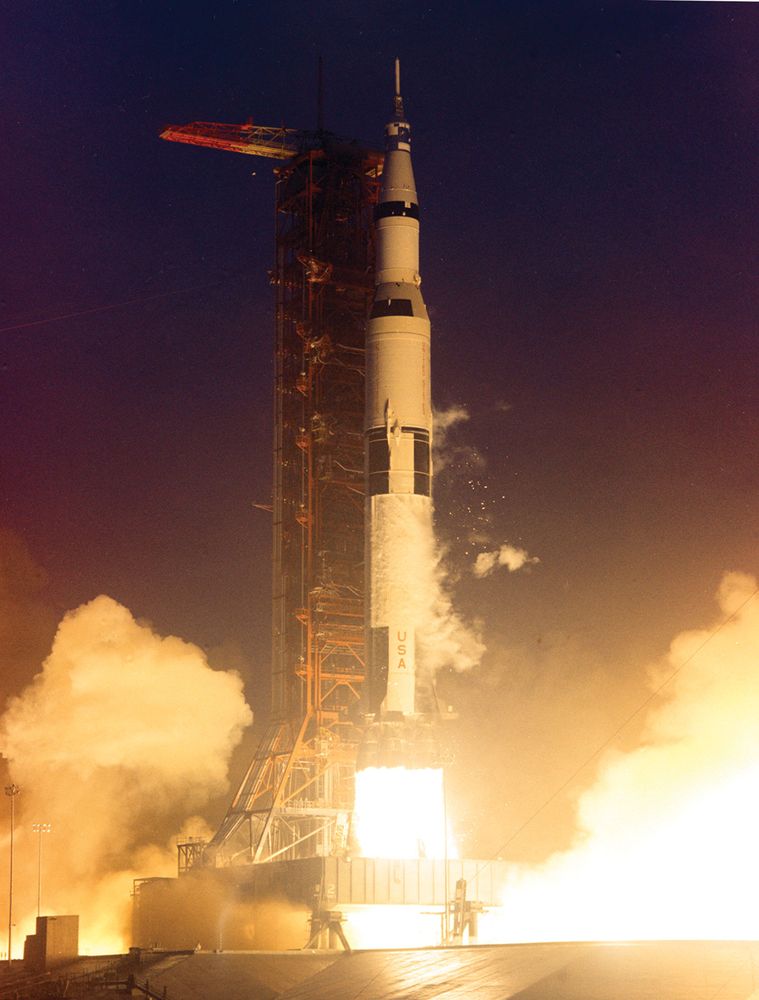 The second manned lunar expedition, a feat astronaut Charles Conrad called, “a small step for Neil [Armstrong], but…a long one for me,” was not without a few mishaps. As Apollo 12 was beginning to lift off on November 14, 1969, the top of the shuttle was hit by two different lightning strikes that had the potential to compromise the spacecraft and the mission. The first strike was even visible to the spectating audience, creating a stir and concern about the safety of the mission. But despite the scare, it was determined in a quick check of all the spacecraft’s systems that no damage was done to the vehicle, and it set off to the Moon just as planned. It was the return to Earth that caused a little more trouble. As the spacecraft “splashed down” in the ocean during its return to Earth, a strong wave hit the body of the craft, causing it to jostle and swing from its parachutes. This force toppled a 16-mm film camera from where it was secured into astronaut Alan Bean’s head, causing a 1-inch (2.5-cm) cut. Bean turned out A-OK though, as Conrad quickly served as medic and bandaged the wound.

Vladimir Komarov was one of Soviet Russia’s first group of cosmonauts selected to attempt space travel. He was also the first person to enter outer space twice, though his second time would sadly be his last. During the expedition of Soyuz 1, the Soviets’ first space vehicle intended to eventually reach the Moon, Komarov encountered issues with the design of his spacecraft that led to his death. The mission plan for Soyuz 1 was a difficult one: the spacecraft was to orbit Earth and then have a rendezvous with Soyuz 2. The two vehicles would have precisely matched their orbital velocities to test the first step in docking two spacecraft together. After Komarov was in orbit around Earth and it was time for Soyuz 2 to launch and meet him, problems with the spacecraft that had been largely ignored became apparent, and the Soyuz 2 mission was halted. The mission control was able to determine that one of the solar panels on Soyuz 1 had not deployed and was limiting the power to the spacecraft dramatically. Equipment that needed the power from this solar panel was malfunctioning, creating difficulties in controlling the vehicle. It was decided that the mission could not continue, and Komarov began preparing for his return to Earth. After some trouble breaching the atmosphere, the parachutes on Soyuz 1 were deployed but did not unfold correctly, making the spacecraft impossible to slow down. Soyuz 1 crashed into Earth on April 24, 1967, killing cosmonaut Vladimir Komarov. Komarov was the first fatality in spaceflight and, since his death, has been honored with memorials and monuments near the site of the crash and in Russia for his bravery and skill.

Mir-18: Exercise Equipment to the Eye 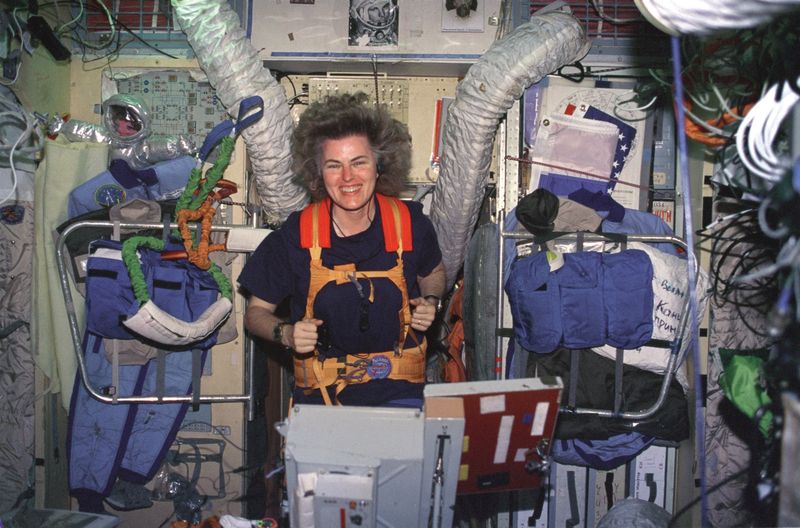 Space explorers need to stay in good physical health during their time in outer space. Because of this necessity, space stations have exercise equipment that astronauts or cosmonauts can use to stay fit. During a mission to the Mir space station in 1995, astronaut Norman Thagard was attempting to do just that with a piece of exercise equipment for performing deep knee bends. The equipment used a strap of elastic that is secured to a foot in order to create resistance. While Thagard was exercising, one of the straps snapped off of his foot and flew upward, hitting him in the eye. After the initial shock of the injury, Thagard was in pain and had trouble looking at light (something hard to avoid in outer space). After being prescribed steroid eye drops, which apparently the space station had readily available, Thagard’s eye began to heal and all was back to normal. 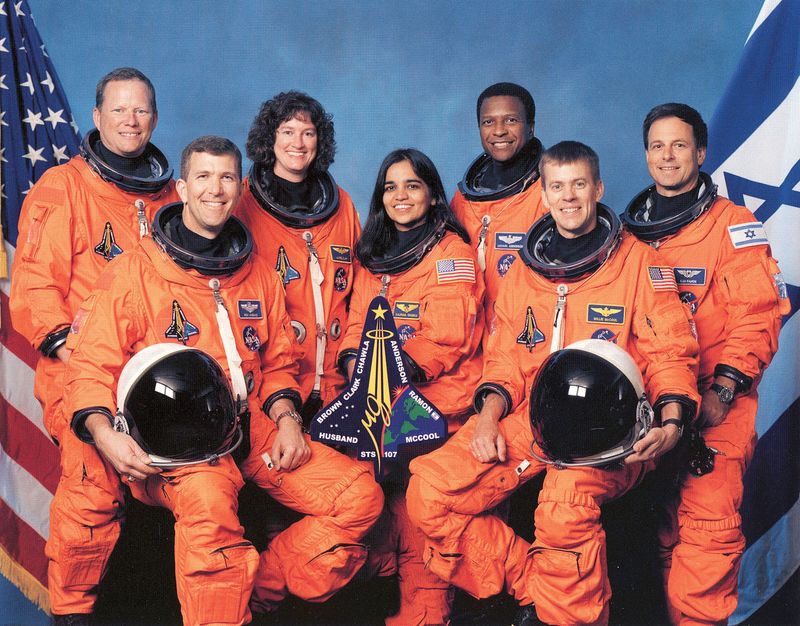 The disintegration of the space shuttle Columbia on February 1, 2003, as it reentered the atmosphere was another of the most traumatic accidents in the history of space expedition. The Columbia disaster was the second that occurred during NASA’s space shuttle program after the Challenger, also causing widespread sadness and concerns about the space programs. The accident was caused during liftoff by the breaking off of a piece of foam that was intended to absorb and insulate the fuel tank of the shuttle from heat and to stop ice from forming. The large piece of foam fell on the shuttle’s left wing and created a hole. Though NASA officials were aware of the damage, the severity of it was unclear because of the low-quality cameras used to observe the shuttle’s launch. Knowing that the foam regularly had fallen off of previous shuttles and had not caused critical damage, NASA officials believed there was nothing to worry about. But when the Columbia attempted reentry after its mission was complete, gases and smoke entered the left wing through the hole and caused the wing to break off, leading to the disintegration of the rest of the shuttle seven minutes from landing. The entire crew of six American astronauts and the first Israeli astronaut in space died in the accident. NASA’s space shuttle program was again suspended after this disaster. Despite the tragedy, an experiment performed during the expedition that studied the effects of weightlessness on the physiology of worms was recovered from the wreckage. The worms, left in a petri dish, were still alive, a symbol of the dedication of the Columbia crew and a monument to their efforts.