Explore the solar system on your PC!

Fed up with space games that insult your intelligence and violate every law of physics? Orbiter is a simulator that gives you an idea what space flight really feels like – today and in the not so distant future. And best of all: you can download it for free!

Explore the solar system on your PC!

Fed up with space games that insult your intelligence and violate every law of physics? Orbiter is a simulator that gives you an idea what space flight really feels like – today and in the not so distant future. And best of all: you can download it for free!

Launch the Space Shuttle from Kennedy Space Center and rendezvous with the International Space Station.

Design your own rockets, or download addons created by other users.

Learn about the concepts of space flight and orbital mechanics by playing and experimenting.

You are the commander of your spacecraft. Welcome to the flight deck!

Write your own Orbiter plugin modules, and learn the basics of C++ programming along the way.

Dr. Kevin Hamlen tested a theory he teaches his students within a spaceflight simulation game.

Computer science professor Dr. Kevin Hamlen was searching for the fastest route to a human colony 22,000 light years away in the game Elite Dangerous when the challenge started to look similar to a theory he teaches his students.

Hamlen, who was playing with his 6-year-old son, Will, would need to take risky shortcuts by scooping fuel from neutron stars to make long “hyperspace jumps” to beat the world record for reaching the farthest human colony (named Colonia) from Earth.

But which stars? And in what order? Traversing the galaxy without these dangerous maneuvers could take weeks, but using them without a careful plan could leave him stranded in deep space with little hope of rescue.

“I realized that the problem of finding the fastest way to get from Earth to Colonia is actually a famous graph theory problem we teach in computer science,” said Hamlen, Eugene McDermott Professor of computer science in the Erik Jonsson School of Engineering and Computer Science. He said solving the problem involves analyzing a directed graph — often drawn as circles connected by arrows — to identify a least-cost path.

Dr. Kevin Hamlen and his son, Will.

“I thought it would be fun to see how well I could do using science to solve it,” Hamlen said. “I downloaded star map data and wrote some computer code to search for optimal flight paths, and then flew the route it discovered, with Will at my side calling out course corrections.”

“I used a number of algorithmic and programming tricks, such as pairwise heap data structures, a metric space transform, memory-mapped files for buffering data at high speed, and vector arithmetic operations available in modern Intel processors,” Hamlen said. “In all, it took me about four hours to write the code. After I was done, I could compute optimal routes between arbitrary stars in about one minute per 20,000 light years on my desktop PC.”

Using an A* (pronounced A-star) algorithm, Hamlen and Will reached their destination in 1 hour, 38 minutes and 11 seconds, beating the previous record by more than 12 minutes.

The online publication Sagittarius Eye chronicled Hamlen’s, aka Commander Falken’s, victory. (Online, the team is known as “Steve Falken,” named after the fictional computer scientist in the movie “War Games.”)

Dr. Hamlen has already beaten his own world record in Elite Dangerous. The professor said he used additional computer science theories he teaches students to broaden the space of possibilities that his algorithm could consider.

Hamlen was able to cut his flight time to 1 hour and 29 minutes (from his record-setting time of 1 hour, 38 minutes and 11 seconds).

“This weekend I refined my approach to beat the record by an even greater margin,” Hamlen said. “It’s probably the best I can get it.” 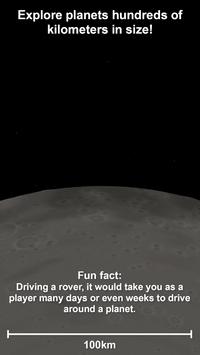 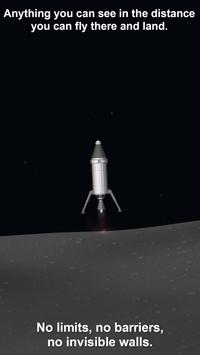 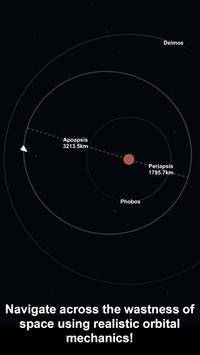 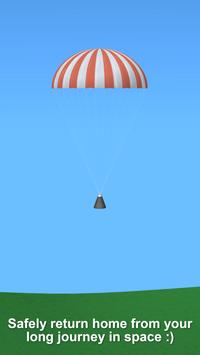 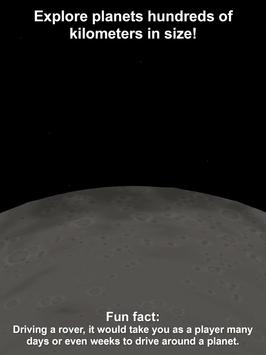 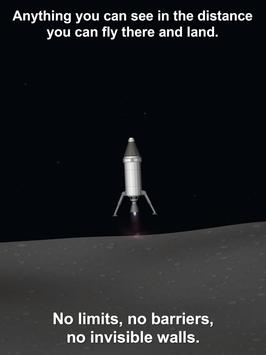 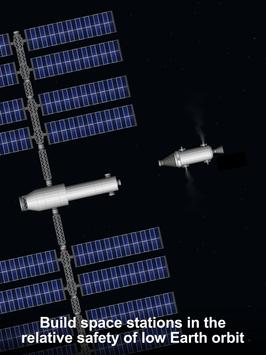 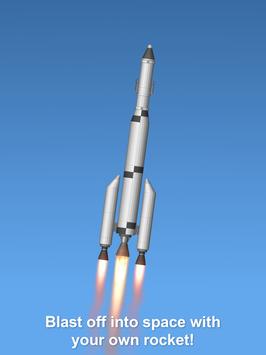 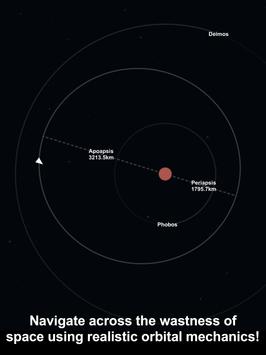 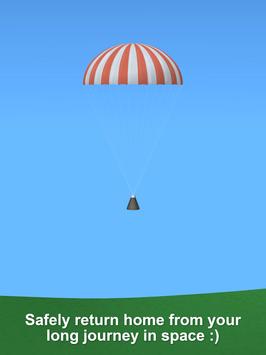 This is a game about building your own rocket from parts and launching it to explore space!

• Realistically scaled planets, with some up to hundreds to kilometers in size, and million of kilometers of space between them.
• Realistic orbital mechanics
• Open universe, if you see something in the distance, you can go there, no limits, no invisible walls.

We have a really active discord community! https://discord.gg/v8u5Y9C

Limited ads to not show more often than every 2 min

Suborbital Spaceflight Simulator Can Save Lives

The fatal mishap with Virgin Galactic’s Spaceship Two on October 31, 2014, caused by premature unlocking of the feather system by the co-pilot, revealed some serious shortcomings of the flight simulators used to prepare pilots for suborbital spaceflights (Barbara Kanki, Space Safety Magazine, July 29, 2015): “While crews may have practiced normal and non-normal procedures in a full mission scenario, many critical aspects of the operational environment were missing, including vibration and g-forces as well as elements of time pressure […]. When present, such conditions may result in much greater workload and stress than what would be experienced in a flight simulator.” This tragic incident, killing one pilot and injuring the other, stresses the need for new-generation simulators that better replicate the operational environment.

The first-of-its-kind simulator DESDEMONA at TNO (Soesterberg, the Netherlands) offers such capability. Featuring an all-attitude cabin, a centrifuge and a horizontal and a vertical track, the simulator is capable of reproducing the operational environment with respect to higher g-forces, vibrations, and extreme attitudes. It is now being used to familiarize future spaceflight participants with the typical g-forces of suborbital spaceflight. The simulated flight profile represents a winged vehicle that takes off horizontally from a spaceport, accelerates with 2g (“eye balls in”) to Mach 3, unloads to simulate weightlessness while enjoying an outside view of the Earth, and finally pulls more than 3g (“head-to-feet”) for 20 seconds during the re-entry in the atmosphere. For untrained participants, the latter phase of increased g-forces is most challenging as it drains blood from the brain, which may lead to a blackout or even g-induced loss-of-consciousness (G-LOC). For flight crews, the increased g-forces result in higher workload and may also induce spatial disorientation, daring their perception of “up” and “down”. Spatial disorientation is the dreaded cause of Controlled Flight Into Terrain (CFIT), and Loss Of Control In-flight (LOC-I), the two biggest killers in military and commercial aviation today. Clearly, suborbital flight crews should be specifically trained to recognize the various types of spatial disorientation that they may encounter in-flight.

DESDEMONA (acronym for DESorientation DEMONstrator Amst) was co-developed in the 2010s by AMST Systemtechnik GmbH (Austria) and TNO to reproduce specifically those flight conditions that lead to spatial disorientation and loss of control. The cockpit is equipped with an 180×40 degrees out-the-window visual display, cockpit instruments, and flight controls. With the appropriate simulator model, a pilot can fly spaceflight-in-the-loop scenarios and get realistic motion feedback from the advanced motion platform. This way, pilots can practice non-normal flight conditions before experiencing them in real flight. This approach is already successfully being applied for military pilots, allowing them to practice flight conditions that are either very rare, or too dangerous or expensive to train in flight. An example of such training is the recovery from an inverted deep stall of an F-16, where DESDEMONA’s cabin is actually being inverted and rocking equally to the aircraft. Being inverted not only causes spatial disorientation in the pilot, it also makes the recovery much more demanding than is the case in a conventional simulator. Another example is the simulation of unusual attitudes, and other “upsets”, of transport aircraft. This offers the opportunity for commercial pilots to experience the non-normal aircraft behavior associated with an aerodynamic stall, including the strong vibrations due to “buffeting” of the wing. As buffeting is an important warning signal for an impending stall, it is essential to accurately reproduce these vibrations in the simulator.

In comparison to conventional aircraft, suborbital spaceflights involve even more extreme motions and attitudes. This poses special requirements for the simulator training of their flight crews. The accident with Space Ship Two underlines this. Currently, the industry seems to make use of standard flight simulators that are very limited in reproducing the physical environment of suborbital spaceflight. With the advanced DESDEMONA simulator, suborbital pilots can practice normal and non-normal procedures in an environment under realistic workload. A groundbreaking space era calls for groundbreaking simulator technologies.

Spaceflight Simulator, developed by Stefo Mai Morojna., is truly a great app that has gained an impressive rating on Google Play Store with 5,000,000+ installs. This app is listed in the Simulation category of app store. You can choose to download and install the app on most Android devices using apk files for free. No doubt, Google Play is the safest place for app download, but for some unknown reasons, it happens to work improperly or you fail to access the store. In such cases, the best alternative is to download Spaceflight Simulator apk from a trusted third-party.

Spaceflight Simulator [32.1 MB] 2020 apk download is supported by a wide range of phones running Android 4.1+( Jio, Samsung Galaxy, Nokia, Sony, LG, Huawei, Vivo, Oppo, Xiaomi, Realmi, HTC, Moto (Motorola), Philips, Nexus, OnePlus, Honor, Asus, BenQ, Acer Liquid, alcatel etc.). You can also find to download all versions of the app ( the latest) with 100% original apk files taken from Google Play without any modifications at apkTovi.com. (Check if the apk file is original). Also, we are always quick to update the new version as soon as it is released on Google Play. For the best experience, you’re highly recommended to download and install Spaceflight Simulator latest version 1.4.06 apk because of its improvements, bug fixes and outstanding added features.

If you want to experience the game on desktop with maximum performance and frame rates, downloading and installing Spaceflight Simulator apk for PC or laptop using an Android emulator can be a good choice. You can run the app on your computer with Bluestacks, which supposedly tops the list of Android emulators for PC. But if your computer has insufficient space to run this emulator well, then there are chances of facing lags in its normal working. In such case, you can choose to run Spaceflight Simulator apk on any Microsoft Windows without Bluestacks by using other software such as KOPLAYER, MEMu, and Nox app player, etc.You can see the detailed instructions of how to download an apk file on mobile or pc so that you can download Phone Booster Cache Clean apk successfully on your Android phone or PC.

You’re using other Android devices but you can’t download Spaceflight Simulator directly from Google Play, then go ahead to manually download the apk file. This procedure comes in quite handy because not all Android apps have made their way to the Android TV’s Play Store. By transferring over the downloaded APKs, you can experience any Android apps on your preferred devices without any costs.