This is Ben Morgan, from communications consultancy Madano Partnership. Last weekend, Madano released a report which predicted who would be sitting in Parliament after the general elections, based on current opinion polls about the popularity of the major political parties among voters. 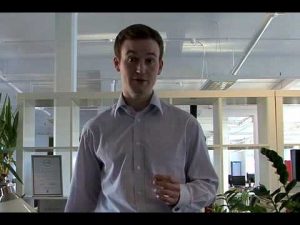 Look at him. He looks pretty confident he’s right. I suspect it’s not just the certainty of youth that’s driving him, either.

In any case, the national press were convinced. The report prompted stories in the weekend papers about how after the general election, more MPs would come from privately educated backgrounds, and from private sector professions like management consultancy and political communications.

None of the reports I’ve read questioned the notion of discussing election results in such detail before citizens have been to the polls.

If, however, the idea of pre-destined election results reminds you of something that makes you feel a bit uncomfortable, I’d suggest you click here instead, and sign the Open Up petition for Open Primaries.

My favourite line from the Madano press release:

“Although the report does not cover the latest wave of future resignations from Parliament, the number of likely winnable candidates still to be selected still only amounts to around 10% of the overall number. It is apparent that these selections will take many months to be confirmed. It is not expected that these future additions will radically change the overall characteristics of this new generation.”

Let’s just see about that, shall we?